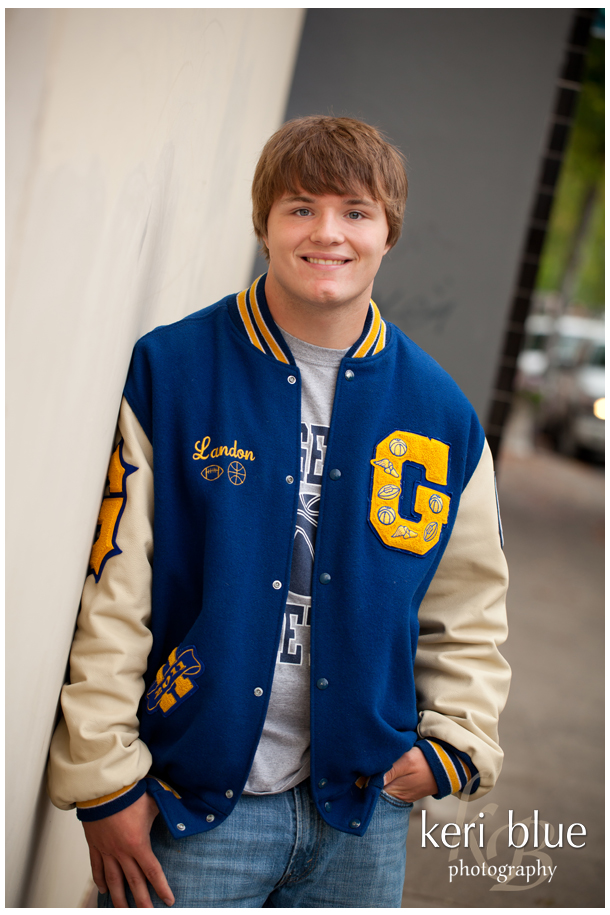 The Glide football team is headed back to the state playoffs for the second consecutive year thanks in part to the efforts of its talented quarterback. Douglas County Sports Online is proud to shine the Athlete Spotlight on senior Landon Weimar.

This fall, the 17-year old signal caller led the Wildcats to the Sunset Conference championship after guiding the team to the postseason in 2009. He also earned second team all-league honors as a junior. Unlike most quarterbacks, Landon also plays a key role on the defensive side of the football as a starting middle linebacker.

Despite all of the winning over the past two years, his initial days on the gridiron rarely ended in victory.

"When I was in elementary school, I played on some terrible teams that didn't even score a touchdown the entire season," Weimar said. "Our group became a lot closer through the years and once we developed physically, we started to have some success."

"He's a student of the game and a great leader because he always stays positive whether he's doing well or not," Glide head football coach Jeff Freeman said. "Landon is coachable and he does the right things in school." "He's just a good all-around person."

The three-sport athlete is also a member of the Glide varisty basketball and track teams. He qualified for the state meet as both a sophomore and junior and last season, he placed third in the javelin.

Weimar also shines in the classroom earning a perfect 4.0 grade point average throughout his entire high school career. He also holds the office of student body President and has been selected to attend Boys State.

Landon still has plenty more to accomplish at Glide High School, but his playing days will most likely continue at the next level. There has been plenty of interest from a number of football programs across the state, including Pacific, Southern Oregon, Western Oregon and Linfield.

Weimar, who plans to major in pre-med, will not make his final decision until 2011.