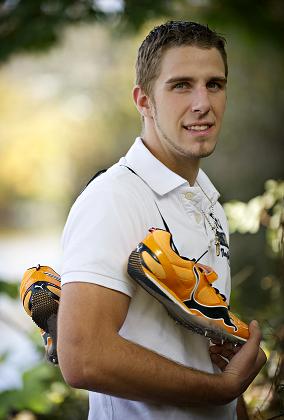 The resurgence of the Douglas High School football program is partly attributed to the talents of this hard-hitting defensive end. Douglas County Sports Online is proud to shine the Avista Athlete Spotlight on senior Michael Bodenhamer.

Michael was born and raised in Roseburg before transfering to Douglas High School late in his freshman year. He earned a starting postiton as a linebacker during his junior season, but was eventually switched to defensive end.

"The coach asked me if I could play the position just after our final non-league game of the 2009 season," Bodenhamer said. "I was a little hesitant at first, but once I started playing defensive end I ceased wanting to be a linebacker."

In his two seasons as a starter, Douglas went 21-4, including a trip to the to the 2010 state championship game. The 18-year old capped off his career by being selected to the Far West League's all-defensive team; as well as a member of the Oregonian's Class 4A all-state first team.

Michael is not participating in a winter sport, but is preparing for his final year of track and field. Last season, he was named the Far West League's 'most valuable jumper' after winning the district championship in both the long jump and triple jump. 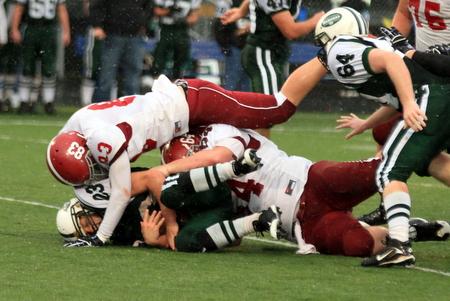 "I was in first place the entire district meet until a competitor jumped around 42 feet," Bodenhamer said. "I was able to come back and win on a final jump of 42' 4", which surpassed my previous personal best by two feet." 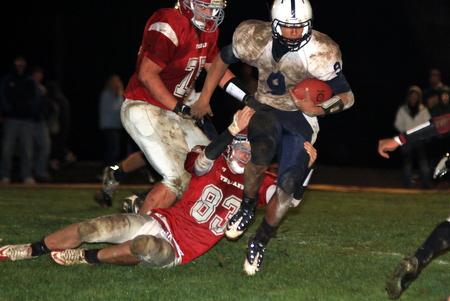 He would go on to set another personal best of 42' 11" and finished third in the triple jump at the state meet. This year, Michael hopes to break the school record of 43' 3" (Rex Herd) and take home a state title in the event.

As for the future, Bodenhamer would like to continue his track and field career at Boise State University in Boise, Idaho with plans on becoming a trauma surgeon.