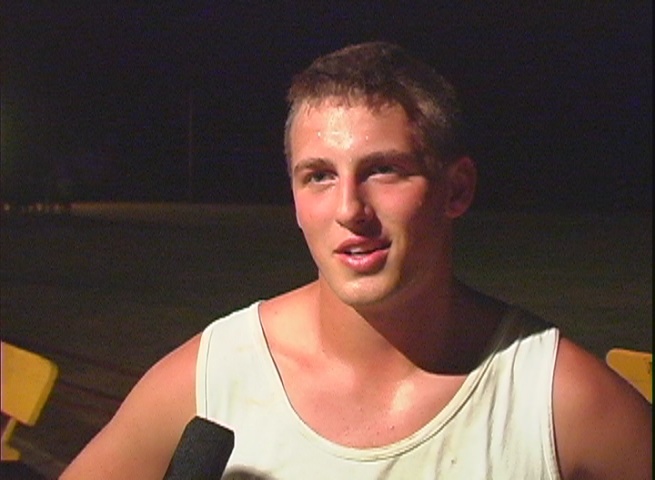 The Camas Valley football team came up one victory shy of winning a state championship in 2010, but expectations are high again this season thanks in part to the return of its fourth-year starting quarterback. Douglas County Sports Online is proud to shine the Athlete Spotlight on Hornet senior Ryan Dancer.

Ryan was born in New Zealand, but raised in Camas Valley where he has attended school from kindergarten through high school. He has played varsity football and basketball since his freshman year and was a starting left fielder for the 2010 Douglas High School baseball team. This past summer, Dancer was also a member of the Dr. Stewart's American Legion baseball program.

"He's a true leader and loves the opportunity to compete at anything whether it's football, basketball or baseball," Camas Valley football coach Eli Wolfe said. "He's a joy to coach and his work ethic is second to none."

Last fall, Camas Valley made it all the way to the eight-man final before losing to St. Paul 22-8. In 2011, the Hornets believe they can make another title run behind a core group of seniors that includes Dancer, Dakota Luscombe, Richard Andreas and Evan Tilton.

"In some ways losing the game has been a positive because we're hungrier than ever to get back there again," Ryan said. "Our group started playing flag football together back in the fifth grade and through the years have gotten to be a really good team."

Camas Valley has won a total of four state championships in football with the last title coming in 1990. That team was led by Ryan's father, Pete, and current head football coach Eli Wolfe. His son, Eli Jr., is also a returning two-way starter for the Hornets.

"My dad won it his senior year and coach was a junior on that team," Dancer said. "Now, I'm a senior and Eli's a junior and we have a chance to repeat family history." "It really motivates us."

Last season, Ryan earned second team all-state honors as a linebacker and has set a goal to improve on that feat in 2011.