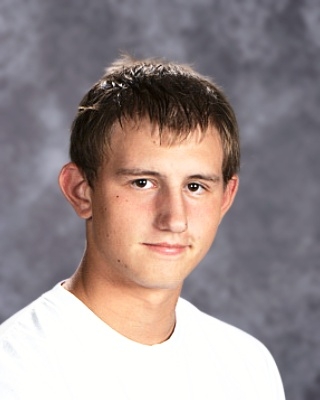 The Elkton High basketball team believes it can get back to the 1A boys state tournament thanks to the return of the Skyline League's two-time player of the year. Douglas County Sports Online shines the Athlete Spotlight on senior Noah Miller.

This winter, Noah began his fourth season as a starter for the Elks earning first team all-league recognition for three consecutive years. He also garnered honorable mention and second team all-state honors as a sophomore and junior. The 17-year old standout credits head coach Gary Trout for much of his success.

"I've known coach since I was really young and he's always believed in my abilities," Miller says. "He showed a lot of faith in me by making me a starter as a freshman and thankfully it worked out."

Last season, the Elks made the state tournament but were eliminated in two games. Noah would like to get back to Baker City, but is one of only two seniors (Tyler Trout) on the team.

"We're very young this year, but I think we have the talent to be contenders," Miller says. "The entire team gets along and we like to see each other do well, but we do push each other to get better."

Noah is also a fantastic baseball player and has been a varsity starter for the past three years. Elkton does not have its own program, so the school sends its student-athletes to North Douglas High School in Drain.

"I've developed a good relationship with coach 'D' (Jeff Davis)," Miller says. "It's also a pretty small school where I know everybody and they know me."

After graduation, Noah would like to continue his baseball career at the next level and has already been in contact with a number of colleges in Oregon and California.