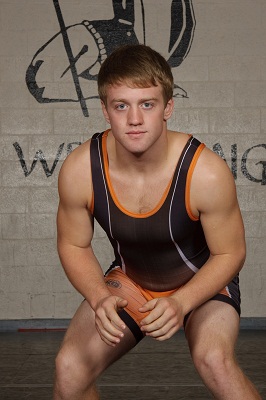 Only one high school athlete in the entire country has thrown the javelin farther in 2012 than this local track and field star. Douglas County Sports Online shines the Avista Athlete Spotlight on Roseburg senior Selmar Hutchins III.

Hutchins has been busy during his final year at Roseburg High lettering in football, wrestling and track and field. This past fall, he started on both sides of the football and was named honorable mention all-conference as a running back and linebacker.

The three-sport star was also an integral part of the 2012 state champion wrestling team earning a third-place finish in the 195-pound weight class at the Class 6A meet in February.

Now, the 5-foot-9 senior is making a name for himself in the world of track and field. In March, he beat his personal best in the javelin by more than 16 feet with a throw of 207 feet, 7 inches during a meet at Grants Pass High School. It turned out to be the second-best mark in the country this season and ranks as the 13th best throw in the state's history.

"I had been to just one practice and it was my first time throwing competively since last summer," Selmar said. "I wasn't even sure I was ready to throw, but once I let go it felt good."

Hutchins finished fifth in the event at the last year's Class 6A state meet and also competes for the Indians in both the discus and shot put. However, the javelin is his main focus.

"We've been throwing the javelin in my family since my dad and his sister competed in high school," Selmar said. "I've been throwing since the 7th grade and my personal goal is to get between 215 and 220 by the end of the year."

Hutchins, who would like to pursue a degree in engineering, has received scholarship offers for track and field from Idaho, Washington State and Western Oregon.