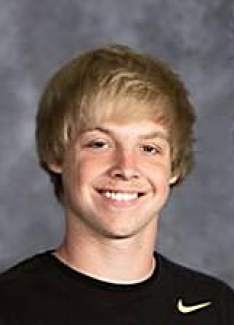 The resurrection of the boys basketball program in Sutherlin is due in large part to a talented senior class led by the 2013 Far West League Player of the Year. Douglas County Sports Online shines the Avista Athlete Spotlight on senior Derrik Wattman.

Derrik has spent his entire life in Douglas County attending the public school system in Sutherlin all the way from East Primary to Sutherlin High School. The athletic Wattman enjoyed playing a wide variety of sports while growing up, but eventually decided to turn all of his focus to basketball. In 2011, he was named a starter for the Bulldogs and capped off a successful junior season by being named first team all-league.

"Derrik helps us even if he's not scoring and when he's playing his best he makes the whole team better," head coach Tony Martineau said. "He's a great kid."

Wattman has worked hard to improve his game during the off season and has been playing basketball in the spring and fall for an OAB (Oregon Amateur Basketball) team in Eugene.

"I have coached for 15 years, and seen and coached a lot of college level talent," club coach Abraham Smith said. "Derrik Wattman is the most complete player I have seen this year in the Far West League."

The 2012-13 season looked to be a very promising one for Sutherlin led by a talented core of seniors that included Wattman, Taler Jensen, Cameron Mock and Ryan Eakin. The hard work definitely paid off for Derrik when he was named the Far West League's most valuable player averaging double figures in both points and rebounds.

"One of the best feelings ever was going to South Umpqua and beating them at their own place," Wattman said. "They had been beating us every year and we knew that we had to get pumped up and play our best and we were able to go out and get the job done."

On March 1, Derrik and his teammates fulfilled their ultimate goal by qualifying for the OSAA Class 4A state tournament with a 50-42 win over Madras.

"Since I was a freshaman I've heard this is the group that was going to get to Gill (Coliseum)," Wattman said. "The first half of league didn't go as planned, but after the loss to Siuslaw everything just clicked."

Derrik will earn his diploma in June and hopes to continue his basketball career in college where he plans to work toward a degree in Marine Science/Oceanography.