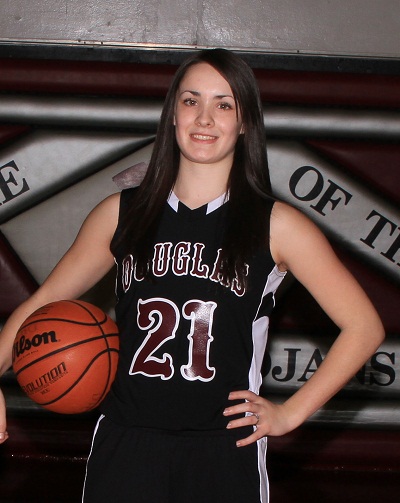 Born in Tacoma, Washington and raised in Winston, Katherine made an impact on coaches shortly after arriving on the Douglas High School campus earning a starting spot as a freshman under former head coach Jason Dickover. Two years later, Kipp Archambault took over the head coaching duties at DHS and Miller went on to lead the team in scoring during her junior season. 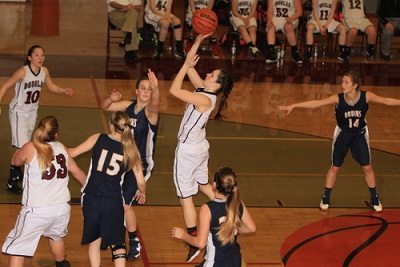 "The other four starters were seniors and I didn't get much recognition, but I knew I had to pay my dues and wait until it was my time," Katherine said.

This season, the honorable mention all-league performer is one of just two seniors on the 2013-14 roster and her roll with the Trojans has changed from underclassmen to team leader.

"I'm good at self-managing, so I felt like I would be a natural leader," Miller said. "I always imagined being like Ashley Alexander (class of '11) because she never treated the younger kids differently, she was supportive and always put the team first."

Despite a young roster, the Trojans are right in the middle of the Far West League standings and in line for a spot in the Class 4A playoffs thanks in large part to the play of their senior leader. Earlier this year, Katherine hit the game-winning shot at the horn to give Douglas a 46-45 win over Siuslaw. 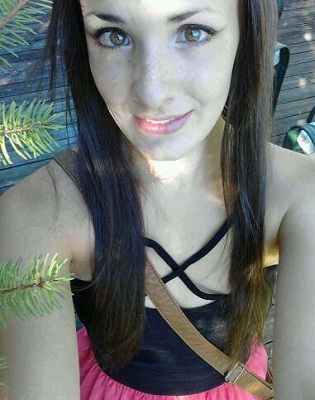 Miller, a two-sport athlete at Douglas, will compete in track and field during the spring, but her main goal is to continue playing basketball at the next level. She has an accumulative grade point average of a 3.8 and plans to attend Umpqua Community College in the fall with her sights set on a career in the health care field.