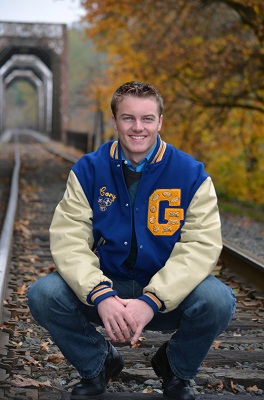 The position of shortstop at Glide High School has been occupied by the same baseball player for the last four years and the two-time, all-state first teamer hopes to make his final season the most successful of all. Douglas County Sports Online proudly shines the Avista Athlete Spotlight on senior Cory Finlay.

At the beginning of his sixth grade school year, Cory was a new face to his classmates and teachers in Glide, but the name Finlay was well-known to sports fans throughout Douglas County. The football field at Roseburg High School is named after his great-grandfather, Dr. Gilbert Finlay, and it didn't take long for Wildcat fans to get accustomed to the new family in town. Cory's dad, Scott, has been the junior varsity coach for the boys basketball program since the 2010-11 season and his sister, Kelli, has held the same position for the girls' team for the past two years.

Cory arrived at Glide High School in the fall of 2010 and saw some varsity action as a freshman in both football and basketball, but it was on the baseball diamond where he made an immediate impact. 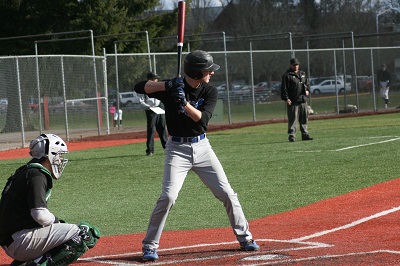 "I enjoy everything about the game and I even love going to practices because it doesn't feel like a job," Finlay said. "My brother and my mom brought the love of the game to me and the whole family has been supportive."

"I remember watching my older brother (Michael) when he was a starting catcher for Westview High School," Cory said. "I always looked up to him and he pushed me to work harder and try to get better."

Finlay has been a first team all-league perfomer for three consecutive years and a first team all-state selection the past two seasons. As a junior, he hit over .350 and helped guide the Wildcats to last year's Class 3A state semifinals.

"He's one of those kids who is extrememly gifted, but continues to work hard to make himself and everybody else around him better," head coach Al Skinner said. "Cory is a valuable component for not just the coaching staff, but to all of the kids in the program."

"We had a great group of guys and last season was the most fun I ever had even though we came up short of our goal," Finlay said. "This year's team has an awesome pitching staff and if our hitting is consistent, we can compete with anybody."

One thing sports fans probably don't know is Finlay's talents go much deeper than just the playing field. The senior is also a gifted singer and has qualified for the 2014 Solo State Championships and will perfrom in the tenor division.

"Singing is another passion of mine," Cory said. "My mom and sister love to perform and they've always encouraged me to sing."

As for baseball, Finlay will continue to play in college after signing a letter-of-intent with Chemeketa. After his two years in Salem, Cory would like to finish his playing career at either Western Oregon or Pacific University and pursue a degree in physical therapy.