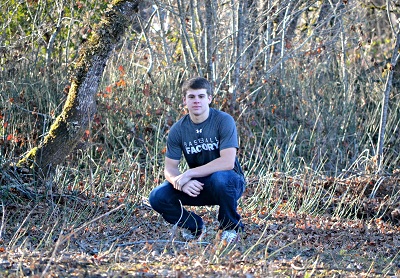 Triston was born and raised in Roseburg and always dreamed of a successful athletic career at RHS. However, he would never take the field for the Indians instead trading in the orange and black for crimson and gray after relocating to Winston at the beginning of his 9th grade school year.

"It was a tough move because I had a close group of friends in Roseburg that were all athletes and I didn't know anyone at all that went to Douglas," Garnett said. "But once I got there it turned out to be an easy transition because it's a smaller school and everyone meshes together and hangs out with each other." 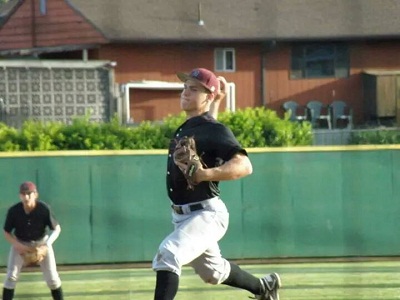 Triston played three sports for the Trojans, but football was always his favorite. Unfortunately, his life would dramatically change in 2012.

"I was born with a Kidney condition, but it wasn't diagnosed until my sophomore year," Garnett said. "I wasn't able to play football any longer and I missed my junior year of basketball because of the surgery, so I focused all of my attention on baseball."

Triston got back on the playing field in the spring of 2013 and set his sights on his senior year. He made the most of it earning a starting spot on the 2013-14 varsity basketball team and capped it off with a stellar baseball campaign leading the Trojans in batting average (.390), RBI's and stolen bases.

"It was an awesome season and by far my best high school experience," Garnett said. "The team was young and we weren't the most talented baseball club, but everybody bought into the sytsem and gave 100 perent on and off the field." 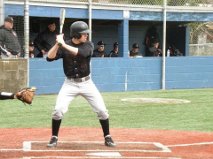 Douglas finished the season tied for third place in the Far West League with a 9-9 record, but did not qualify for the 4A state playoffs. Triston's high school career may be over, but his playing days in Douglas County have not ended yet. He was one of 17 players selected for Dr. Stewart's 'AAA' American Legion summer baseball team.

"I had the mentality that I needed to prove myself to the coaches, so I wanted to have a good attitude and play as hard as I could," Garnett said.

This fall, Triston will attend Chemeketa Community College in Salem with plans to play baseball for the Storm. His future goal is to transfer to Western Oregon University in Monmouth and earn a degree in school counseling.