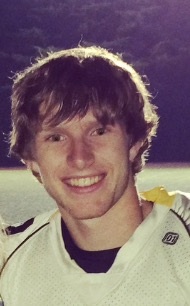 South Umpqua athletics has enjoyed renewed success over the last few years and much of the turnaround can be attributed to the talent and leadership of one particular four-year varsity letterman. Douglas County Sports Online proudly shines the Avista Athlete Spotlight on senior Erik Johnson.

In his four years in Tri City, Erik has experienced the highs and lows of a high school athlete. As a freshman and sophomore, the strong-armed quarterback played on a pair of teams that went winless in conference play and finished dead last in the Far West League. But things changed in 2013 when the Lancers finished 5-5 on the season and qualified for the Class 4A play-in round. 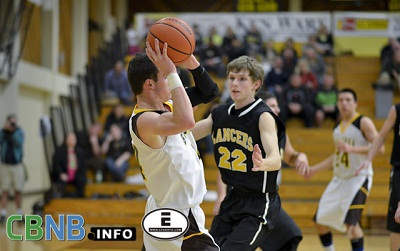 Things got even better in 2014 as Johnson helped guide South Umpqua to its first postseason berth since 2002, leading SU to an eight-win season and a trip to the OSAA 4A quarterfinals. He was also named a first team all-league punter.

"The progress from where we were to where we are now proves that the years of hard work paid off," Johnson said. "We didn't win a state title, but I consider it a successful season because we went from nothing to one of the better teams in our league."

"I was able to watch him grow as a quarterback and as Erik developed a better understanding of our offense the entire team improved," SU football coach Steve Stebbins aid. "South Umpqua has won more games in the last two years than it has over the past 10 seasons and Erik's one of the main reasons for that success."

Believe it or not, football is not Johnson's best sport. The 17-year-old senior is one of the top basketball players in the state and is coming off a solid junior season where he earned first team all-league honors averaging over 23 points a game and shooting 56 percent from three-point range.

"I'm happy with the last three years, but there are still a few more things I'd like to accomplish," Erik said. "I'd like to be a better teammate and a better leader for the underclassmen and I want to get our team to the state tournament." 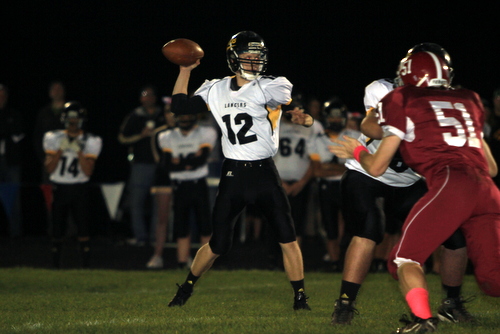 "Erik is a hard worker that leads by example and he always does what you ask him to do," South Umpqua basketball coach Bob Feasel said. "He's really matured as a human being over the last few years and Erik has made himself a better player by working hard and spending an enormous amount of time in the gym."

South County fans have watched Johnson's exploits on the football field and basketball court over the last four years, but Erik has reserved the spring to play for an elite AAU basketball team. There are tournaments nearly every weekend and many are held out-of-state which means Erik doesn't have time to devote to spring sports in Tri City. However, that didn't stop him from having some fun on the baseball diamond.

"I was short on pitchers last season, so I asked Erik if he'd play JV baseball for me and he agreed as long as I worked around his AAU basketball schedule," Coach Stebbins said. "He's so competitive and such a good athlete he ended up playing in the outfield and finished the season as one of our leading hitters."

A number of small colleges have been recruiting Erik, but no decision has been made on where he will be playing basketball next season. Wherever he ends up, Johnson plans to major in business administration.

"When I was younger, I remember hearing the seniors talk about how everything goes by before you know it," Erik said. "It really does fly by faster than you expect."