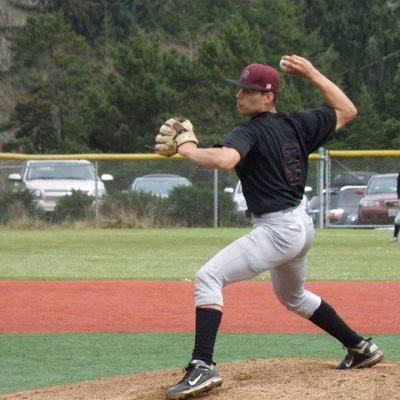 The baseball program at Douglas High School is in a rebuilding mode and much of the team's experience and leadership comes from the young man behind the plate. Douglas County Sports Online proudly shines the Avista Athlete Spotlight on senior Christian Osborne.

In 2014, the Trojans shocked a lot of people finishing in a three-way tie for third place with a Far West League record of 9-9. This year, Douglas brings back just three seniors including Osborne, Houston Haeber and Kordell Anderson.

"Expectations aren't real high, but we should surprise some teams in league," Christian says. "I have a bunch of great teammates that are easy to work with and everyone shows up and does what there supposed to do."

Osborne was a second team all-league selection last season and returns as the team's starting catcher. However, the Douglas coaching staff want him to expand that role in 2015.

"I haven't pitched a whole lot in my career, but I've done better than I thought I would," Christian says. "I actually feel pretty comfortable on the mound and I trust my defense to help me out."

Once the spring season ends, Osborne plans to try out for the Dr. Stewart's American Legion  baseball team. He played the past two summers for Premier Insurance and the Umpqua Lions single-A teams.

"My goal is to play for the Docs and then continue my career at either Blue Mountain or Chemeketa Community College," Christian says. "I'd like to play as long as I can while working toward a degree in law and criminal justice."