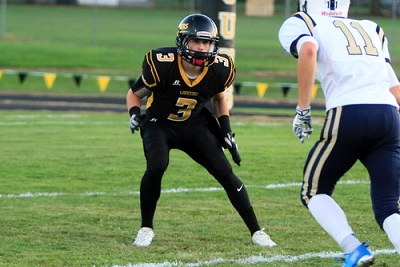 Even though this three-sport athlete didn't grow up in South County, there is still plenty of Myrtle Creek blood pumping through his veins. Douglas County Sports Online is proud to shine the Avista Athlete Spotlight on South Umpqua senior Shawn Rigsby.

Shawn was born in Roseburg, but spent the majority of his younger days in California and Nevada before moving back to Douglas County at the beginning of his 8th grade year. It turned out to be a fairly easy transition for the family because both of Rigsby's parents graduated from South Umpqua High School. In fact, Shawn's dad, Kelly, was quite the athlete in his day earning varisty letters in three sports. He was a first team all-state defensive end for the Lancers and went on to play football at Eastern Oregon State College in La Grande.

"It was always the plan to come back home," Rigsby said. "I was able to make a lot of friends at school and by my freshman year in football realized my class had some really good athletes."

As a sophomore wide receiver, Shawn gained valuable experience playing behind a pair of quality seniors in Marcus Loper and Kristian Evans. He would get his chance to start for the Lancers in the fall of 2014 and made the most of it earning first team all-league and honorable mention all-state honors while helping lead South Umpqua to the quarterfinals of the Class 4A state playoffs.

"One of my favorite memories was our first round win over Philomath and this year's team has set a goal to make it back to the playoffs and go further than last season," Rigsby said. "We have a a bunch of leaders on this team, plus we're a lot quicker."

"Shawn is a hard working and very smart young man with the ability to play at the next level," SU head coach Steve Stebbins said. "It's been my pleasure to coach him the past four years."

Once the football season concludes, Shawn will move into basketball and is expected to battle for the starting job at point guard. Then, it's off to spring baseball where the senior shortstop will be one of the top returning players in the entire Far West League. 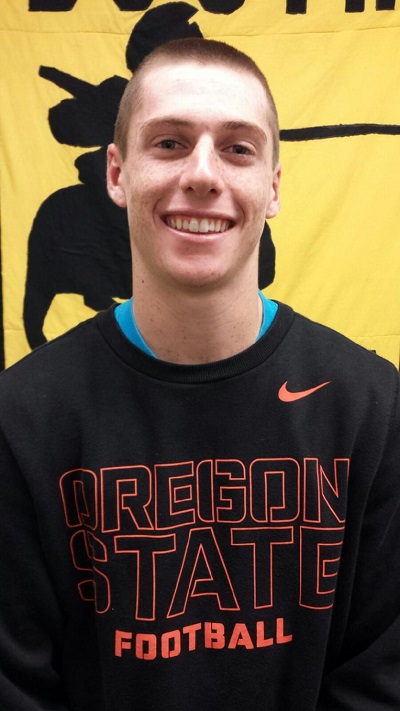 "I love playing baseball and I've loved it my whole life," Rigsby said. "It's always been my favorite sport to play and when I was younger I was part of a little league team that won the Nevada state title."

Local American Legion fans are also looking forward to Shawn's return to the starting lineup next summer. He was one of Dr. Stewart's top hitters leading the team in batting average during the 2015 season.

"Shawn hit in the high .300's out of the lead off spot all while learning a new position by playing the outfield and he did a great job," Doc's head coach Scott Shaver said. "He was a key component in a 34-win season and his greatest asset is that he always wants to be better."

Rigsy is a true student-athlete maintaining a 3.4 grade point average with his sights set on playing baseball at the college level. Right now, Shawn is leaning toward Linn-Benton Community College where he plans to major in business management.