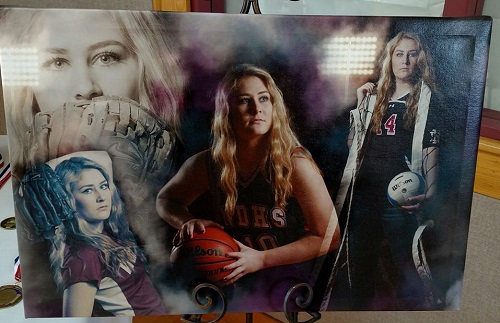 It's not often a player can choose from multiple sports to play in college after graduating, but one local athlete dominated three of them, playing on teams that finished in the state's top 10 throughout her high school career.

Baker chose NCU after attending an open gym session with her brother, Oakland alum Coleton Baker, who played at NCU in 2013-2014.

At the open gym, Dani met her future coach.

"I really liked him and the other coaches," she tells Douglas County Sports Online. "My brother had an awesome experience at the school his senior year and it attracted me to do the same."

Dani has played softball, volleyball, and basketball as long as she could remember. She says basketball has always been her favorite because her family are huge basketball fans.

And she has the accolades to prove it.

She capped her basketball career with two Player of the Game awards at the state tourney her senior year. She was awarded 1st-team all district tournament, 1st-team all-league, 1st-Team All-State Tournament, and 1st-Team All State. 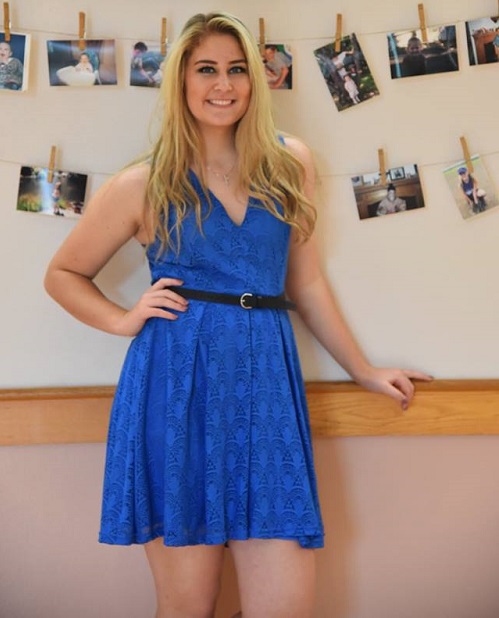 She was also a four-time all-league selection in volleyball, and a First Team All State selection and Skyline League Player of the Year her senior year.

She's an all-league selection in softball as well, where she played shortstop for the Warriors in the spring. She was a scholar athlete each year in all three sports.

Her senior year volleyball squad in 2015 finished 3rd at state, as did the Warrior softball team her sophomore year in 2014.

"Being an athlete has affected my life in a way that I am beyond proud of," Dani says. "If I didn't have sports I honestly don't know what I would do with my life. They are my outlet, and the gym/field is my home away from home."

Off the field, Baker had been involved in student council since her sophomore year, serving as president her senior year. She planned activities such as dances, blood drives, school fundraisers and spirit weeks.

She was also a member of Future Business Leaders of America for two years and National Honor Society for three, serving as vice president her senior year.

"Dani is one of the finest student-athletes I have had the pleasure to work with," says North Douglas principal Scott Yakovich. "Her contributions at North Douglas High School will be hard to replace. Her leadership on the court and field were matched by her leadership in school as Student Council President."

Baker says the important part of these activities is the people she's met, especially in the day-to-day grind of athletics.

"The bonds I have created with my teammates and coaches are friendships I will never forget and will keep close to my heart," she says. "It tells you something when I don't even know what to do  with my day if we don't have practice. It shows you how dedicated we are to our sports."

Dani says her immediate family has supported her in her athletic endeavors, and helped push her to be the best she can be.

"My dad is a sports freak and knows a lot about every sport and can help me with anything," she says. "I enjoy having one of those parents that points out what you could improve on because ... how else are you supposed to get better? He always said things that shaped me into the player I am."

She says her mother has also been an inspiration.

"My mom has to be the most supportive mom around. She has struggled with health issues my entire life and could have given up, but she was always there for me and my brother no matter what. If she wasn't able to walk that day, she sure as hell came to my game in a wheelchair. There was nothing stopping her to be at every single game of mine--near or far, healthy or sick--and I know this will continue the next four years." 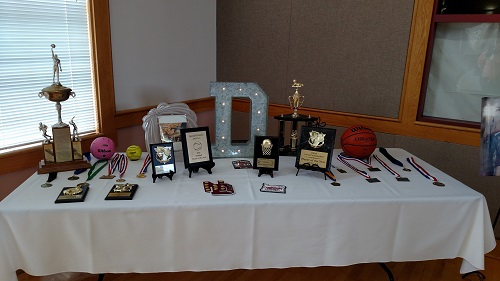 Dani will follow in the footsteps of her brother Coleton, who also played for Umpqua Community College and the University of Oregon before finishing his college career at NCU.

"He wasn't able to make a lot of my games because he was playing sports himself, but he always found time to either play basketball or baseball outside with me on our off time. He would give me pointers to get better and I was always willing to listen because he's the one I look up to most and will go to for anything."