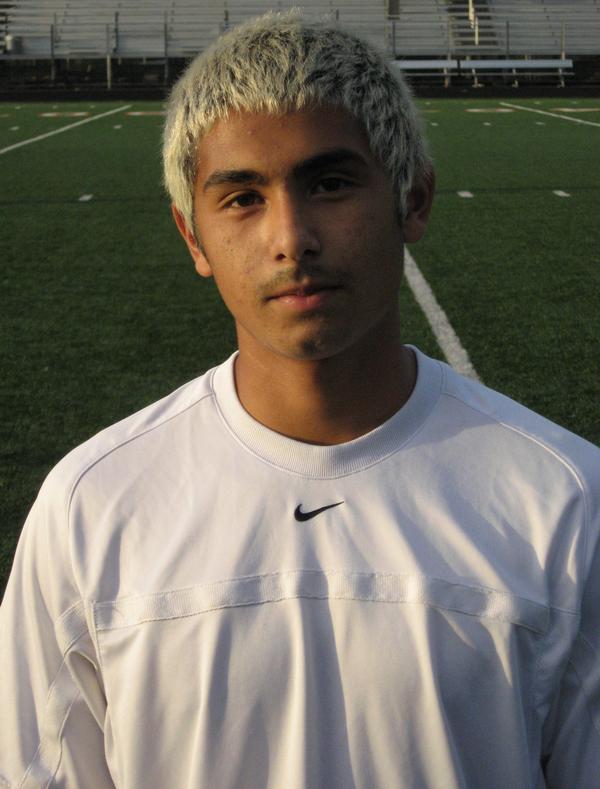 Mendoza is a two-year starter for the Indians and is coming off a solid junior season where he received All-Southwest Conference second team honors. This season, Manny has scored three goals despite playing the entire year as a sweeper.

"He is a ferocious attacker of the ball, but when we need a spark on offense we push Manny up front," Roseburg head coach Kevin Hunt said. "He just has a knack for finding the back of the net.

Roseburg began the conference season 3-0, but has suffered back-to-back 2-1 losses to South Eugene and South Medford. The Indians have five league games remaining with three of them to be played in the friendly confines of Finlay Field, where Roseburg is unbeaten in 2008.

"We've lost our last two games, but our goal is to win the league title," Mendoza said. "That's something no Roseburg team has ever achieved and we have the team to do it."

The soccer season will come to an end within the next month, but this will not be the last time local fans will hear from this talented 17 year-old. Mendoza's first love is basketball and he's a projected starter on the 2008-09 Roseburg Indians squad.

"With basketball I feel like I can control the game more," Manny said. "I'm a point guard so I can go from a slow pace to a fast pace, whatever I want it to be."