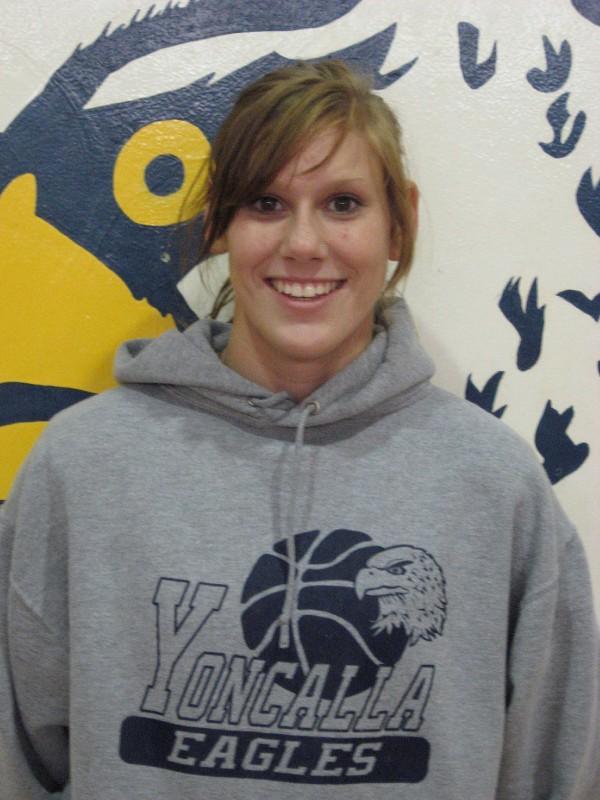 When fall practice got underway back in August, sophomore Hayley Reynolds wasn't sure what the 2008 season had in store for the Eagles. As a freshman, Reynolds started on a team that finished near the bottom of the conference standings, plus the program was taken over by longtime prep volleyball coach Bill Gauer.

"We weren't sure what to expect," Reynolds said. "We didn't know our coach, his background or anything at all about him."

It didn't take long for Gauer to make his mark on the Yoncalla program as the team flourished under his guidance cruising to an undefeated record and the 2008 conference title.

Haley also blossomed under Gauer's tutelage turning her into arguably the best player in the Mountain View Conference and possibly in the entire 2A ranks. Reynolds led the team in virtually every statistical category during the season. In just 14 league games, she had 296 kills, 145 blocks and an impressive 66 aces. That averages out to 21 kills, 10 blocks and nearly five aces per match.

After winning the Mountain View Conference's seeding tournament, the Eagles fell to Elgin in five games ending their season one victory shy of qualfying for the OSAA 2A State Tournament in Forest Grove. But even though the volleyball season has come to a close, local fans will hear a lot more from Hayley as she gears up for the 2008-09 basketball season.