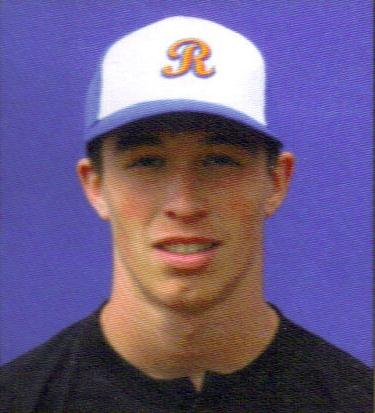 This Douglas High School senior played a key role in leading the Trojans to a 2008 Far West League co-championship and a trip to the 4A state football playoffs. For his efforts on both the playing field and in the classroom, Bryson Norton is DCSO'S latest Athlete Spotlight.

Norton is well known to sports fans in Winston, but many in Douglas County may not know that Bryson is a three-sport star for the Trojans and has played varsity athletics since the ninth grade. He has received numerous honors throughout his football career, including being named to the 2008 Oregonian all-state second-team defense. Last season, he was selected to the Far West League's all-defensive team in basketball and earned first-team honors as an outfielder for the Trojans baseball team.

"I grew up in Tenmile and always wanted to play for Douglas High School," Norton said. "I really looked up to (former Trojan standout) DJ Kooken."

Bryson's senior season didn't start out as planned with the Douglas football team losing its first four games of the year. But, the Trojans went on a run midway through the season and earned a trip to the state playoffs.

"We had a rough start, but we came together as a team and turned things around," Norton said. "It was an amazing experience, especially being able to play with all of my friends."

"Bryson is a competitor," Trojans head football coach Joe Polamalu said. "His nature is to go 'all out' until the final snap."

The 2008-09 basketball season is underway and things are beginning just like they did in football. Douglas has struggled early, but never say never when you're talking about the Trojans.

"We have a lot of athletes, plus we have plenty of height and speed," Norton said. "We just haven't figured things out yet, but we'll be fine."

Bryson holds a 3.5 GPA and hopes to continue his playing days at the collegiate level. He hopes to attend an in-state school and study criminal justice and computer science, while playing both football and baseball.

His senior year is far from over and there are many games yet to be played, but Bryson Norton has definitely had a prep career that has lasted much longer than most.

"Our win-loss records have been disappointing through most of my career, but we've come so far this year," Norton said. "To end football on a high note has been amazing and I hope it carries over into basketball and baseball."