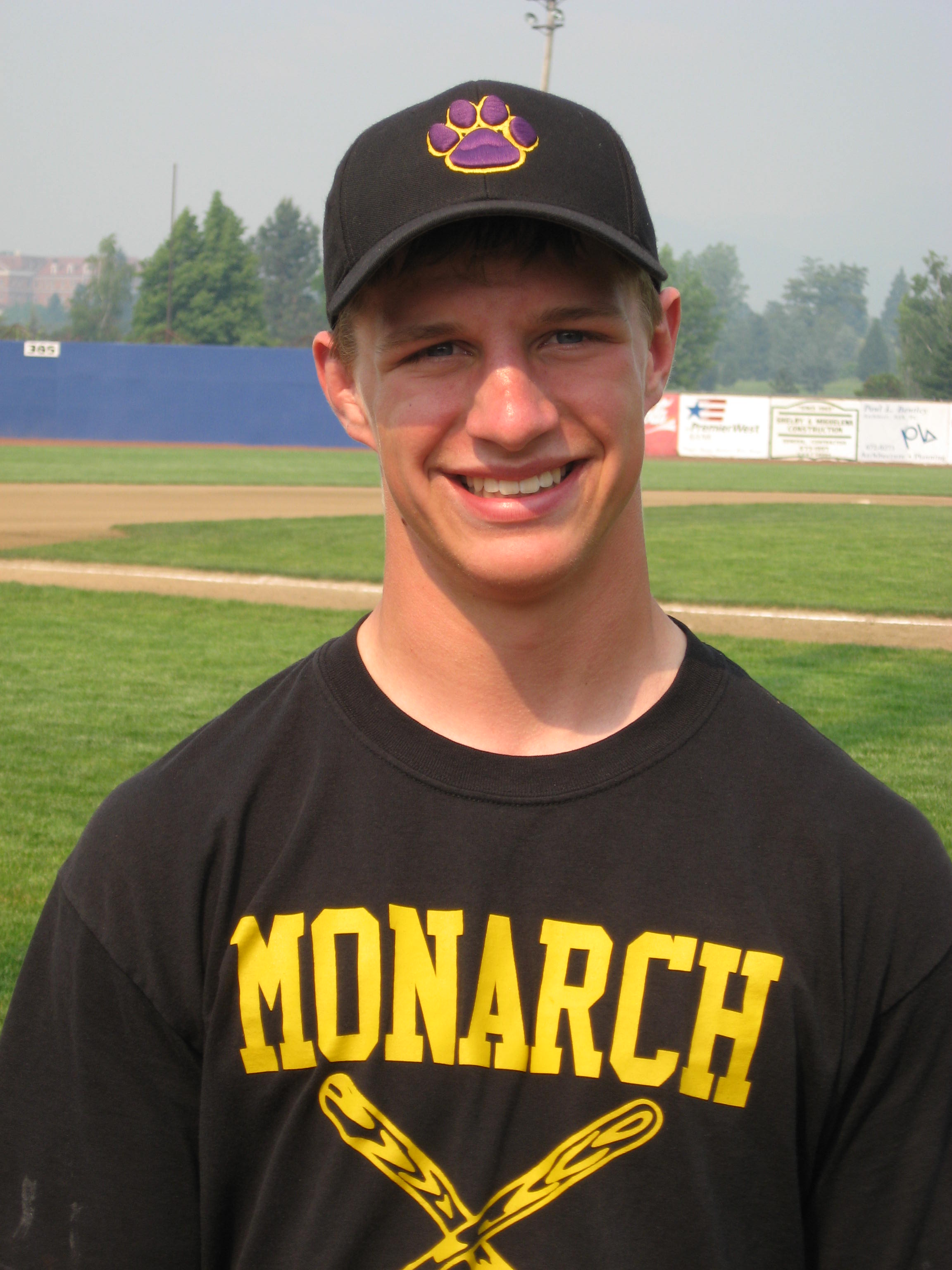 Playing varsity sports is achieved by many, but being the best is accomplished by only a few. Douglas County Sports Online congratulates two-time state champion wrestler Gabe Forrester as the latest standout to be recognized in the Athlete Spotlight.

This three-sport star is finishing up his junior year at Umpqua Valley Christian High School and already has won a state championship in wrestling, but he's not done just yet. Gabe is also a member of the Monarchs' baseball program, where he was a first-team all-state selection as a designated hitter in 2008. This year, he is a starting outfielder and relief pitcher on a team currently ranked the number one 2A/1A team in the state.

"We're outscoring opponents by a whole lot and after a rough start we've been picking it up and coming together as a group," Forrester said. "We have to continue to get better and don't get comfortable where we are because there's always a team out there that can beat you."

"Gabe is smart, he's hard working and he's a competitor," UVC head coach David York said. "He plays a great right field for us and he always hits the ball hard."

Since UVC doesn't offer as many varsity sports as public schools, he competed in both football and wrestling at Glide High School. Success at the varsity level came early for Gabe when he took second at the 3A wrestling state championships as a freshman.

"I wrestled fairly well, but lost to a three-time state champion," Forrester said. "The following year I won the 140lb title and this year, I won the championship at 145."

If that isn't enough, he was also a starting running back on the Glide football team that scored over 30 points in a game four times this past season, including a 53-point performance against Rogue River.

Sports fans in Douglas County still have one more year to watch Forrester perform on-the-mat and on the playing fields and he hopes to make the most of it.

"I want to win a third straight championship in wrestling," Gabe said. "I also want to make first-team all-state in baseball, so college recruits will look at me."