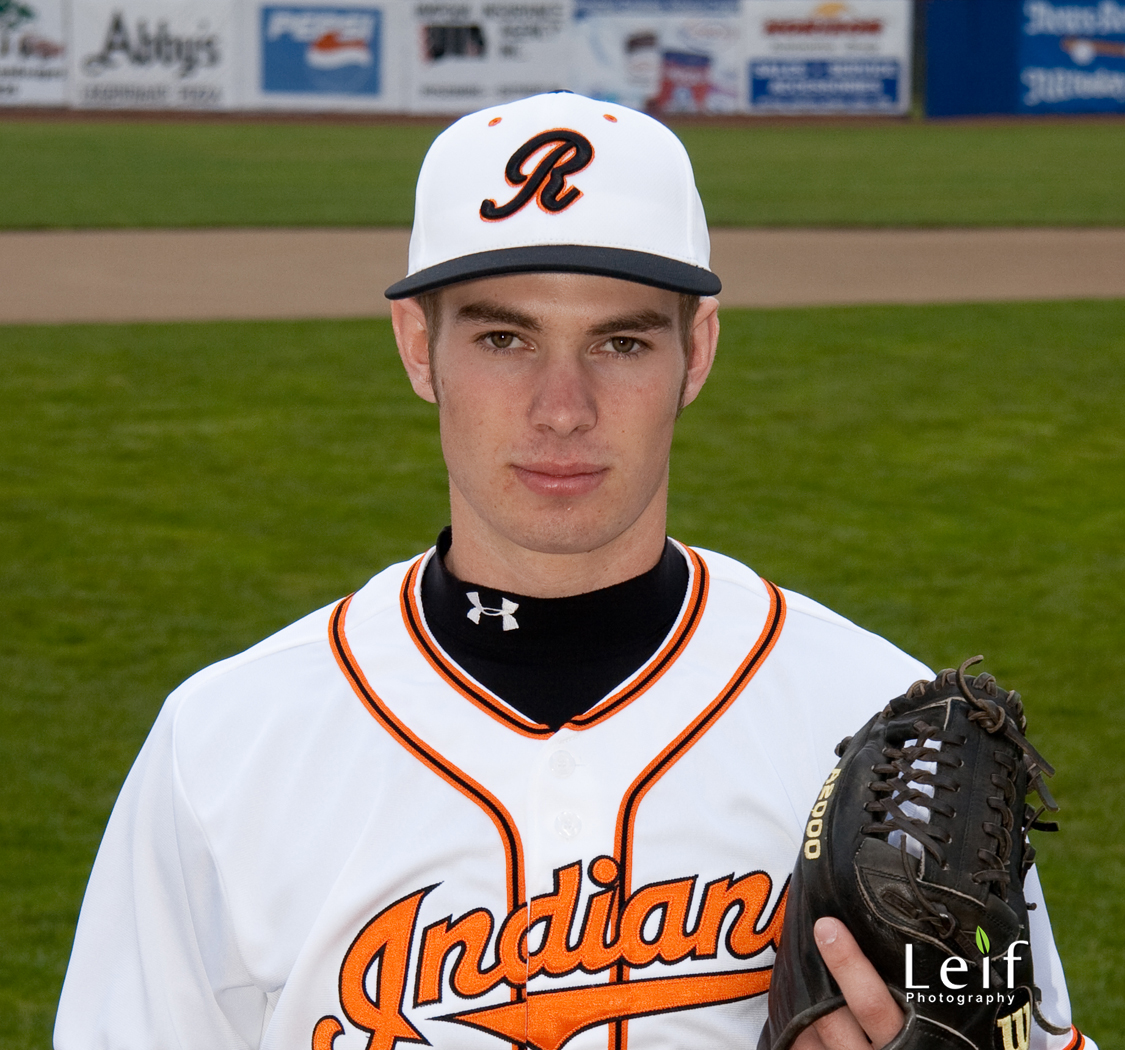 This talented, two-sport athlete was one of the key reasons why the Roseburg Indians' baseball team made it all the way to the 2009 state title game. Douglas County Sports Online congratulates Matt Thomson as the latest, local standout to shine in the Athlete Spotlight.

Matt grew up playing sports year round, but eveuntually would settle on football and baseball. This past fall, he was a two-way starter for the Roseburg High School football team and helped lead the Indians into the postseason. Thomson was a talented wide receiver catching 18 passes his senior season, including four touchdowns. He was also a hard-hitting defensive back hauling in five interceptions, which earned him Honorable Mention all-conference honors.

"We weren't the best football team in Roseburg history, but we worked hard to get better each week." Thomson said. "It was great to be part of program with so much tradition and to play for coach (Thurman) Bell."

"Matt played well in the big games," Roseburg head football coach Thurman Bell said. "He caught a 45-yard touchdown pass against North Medford in our last league game and he had two touchdowns and two interceptions in the second quarter alone in the playoff loss to McNary."

Despite his success on the football field, Thomson's true passion has always been baseball. As a junior, Matt earned a spot in the starting rotation and finished the year as a second team all-conference selection after posting an impressive 1.90 earned run average.

"I really wasn't expected to do much and ended up the year with a record of 8-1 with a pretty good era," Thomson said. "My last win came in the playoffs against Mt. Hood Conference champion Gresham and I beat them 7-3."

This past spring, Matt had another great season on the mound finishing 8-2 and earning first-team all-Southwest Conference and second-team all-state honors as a starting pitcher. On May 9, he pitched a nine inning complete game as Roseburg beat top-ranked North Medford 4-3 putting the Indians into first place in the Southwest Conference. Matt also was the winning pitcher in a 13-3 quarterfinal victory over Barlow and he earned the starting nod in the 2009 OSAA 6A Baseball State Championship game against McNary.

"To pitch in front of thousands of fans was definitely the greatest experience of my life," Thomson said. "I wish we could have gotten one more win, but it was a great run for the program and there aren't a lot of kids that can say they got to play in a title game."

"Matt is a fantastic competitor," Roseburg head baseball coach Troy Thompson said. "I always knew we had a good chance to win the game everytime he was on the mound."

Currently, Matt is in the midst of his second season as a starting pitcher for Dr. Stewart's American Legion baseball team. So far, the Docs have struggled in 2009 dropping their first six league games of the year.

"We have players from several schools and the team just hasn't clicked yet," Thomson said. "We're starting to play a lot better and hopefully, we'll be able to get back to the state tournament."

Matt's prep career has ended, but his athletic career will continue at the next level. Thomson plans to play baseball at Western Oregon University in Monmouth, where he will major in Criminal Justice.