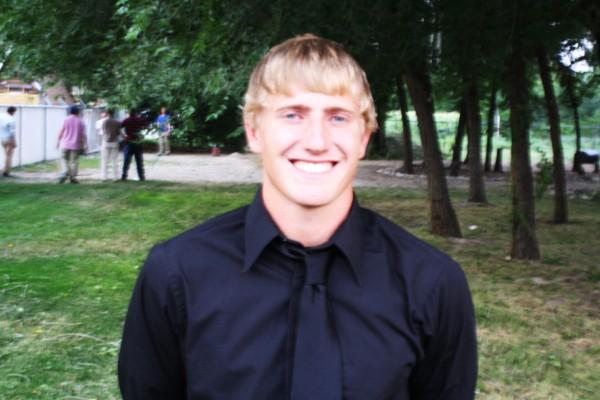 In just a few short months, this talented baseball player has helped his teams qualify for two state championship games, including a victory in the class 'A' American Legion title contest on July 28. Douglas County Sports Online is proud to shine the athlete spotlight on recent Roseburg High School graduate Tyler Bullock.

Tyler was born and raised in Roseburg attending Winchester Elementary and Jolane Middle Schools before graduating from Roseburg High in 2009. He was an avid soccer player into the eighth grade, but the sport of baseball has always been his passion.

"I played on a 14-year old traveling team in Douglas County that had a lot of success," Bullock said. "I was also one of only two ninth graders (along with Jordan Guthrie) to play junior varsity baseball as a freshman."

After two season on the jv squad, Bullock became the Indians designated hitter during his junior campaign. This past spring, he was an all-conference Honorable Mention second baseman and played a key role in getting Roseburg into the 2009 championship game.

"Everybody felt we had a shot to win the state championship when the season started, but we ran into some problems early on" Bullock said. "Finally, the team decided to have a meeting after one of our practices and from that day on, everybody was best friends on the field."

Roseburg lost the 6A title game to McNary 5-2, but Tyler's season was from from over. As a member of Roseburg Pepsi's class 'A' Legion team, he finished the regular season with a .321 batting average and was an impressive 4-1 on the mound with a 1.34 era and three saves.

"Tyler's the oldest player on the team and he has taken a leadership role and has helped push the younger kids," Pepsi head coach Richie Charles said. "He's been solid all-around, but his pitching has really amazed me since he had absolutely no bullpen in the spring and he's still able to come out here and do what he does."

Bullock and the Bottlecaps will try and finish its season on a high note as Roseburg plays for the regional title August 7-11 in Kearns, Utah.

Once the legion season comes to a close, Tyler will have a short rest before heading to Portland where he will continue his playing career as a member of the Concordia University baseball team. But local fans may not be without Bullock for very long, since he still has one year remaining of legion eligibility.

"There are a couple teams in the Portland-area and a wooden bat league that I'm interested in," Tyler said. "And if it's available, I'd love to come back and play next season for Dr. Stewart's."