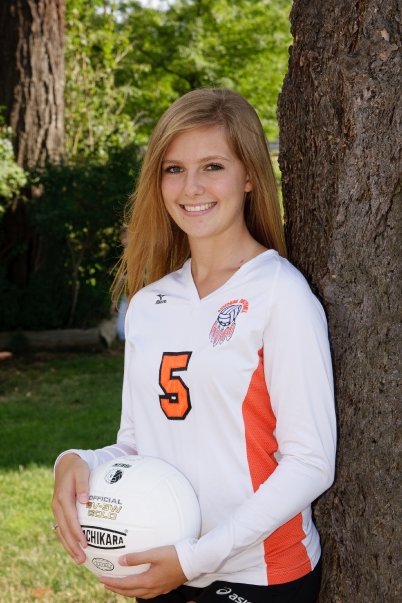 Whether it's school ball, club teams or summer camps, this 18 year old volleyball star has worked hard to become one of the top 6A players in the state. Douglas County Sports Online shines the Avista Athlete Spotlight on Roseburg senior Devan Belshe.

Unlike most high school athletes, Devan has put all of her energy and focus into one sport, volleyball. She earned a starting spot midway through her sophomore season and as a junior became the Indians 'go to' player. Belshe was also a Southwest Conference first-team selection in 2008 after leading Roseburg to a second place finish and a berth in the postseason. This year, Devan and her teammates believe they have a legitimate chance to make it all the way to the 6A state tournament.

"This team has the potential to be really good," Belshe said. "Our goal at the beginning of the season was to get better every day and try to go further than any other Roseburg team has gone in school history."

The 2009 RHS volleyball team has a core group of upperclassmen that have played together for many years. The five seniors include Belshe, Natalie Dwight, Kelsey Pardon, Courtney Hutchins and Devan's twin sister, Demi.

"It's really great to play varsity volleyball together," Devan said. "I think I get more excited when she (Demi) gets a kill, rather than when I get one."

So far, the season has gone just as planned with Roseburg cruising to an unbeaten non-conference record and as expected, Devan is leading the way on offense averaging nearly 11 kills per match.

"The one word to describe Devan is consistent," head coach Bruce Myers said. "She also has a very short memory and if she makes a hitting mistake, she just comes back and swings harder the next time."

Once her prep career is over, Devan would like to continue her playing days in college and has plans to major in either graphic or fashion design.