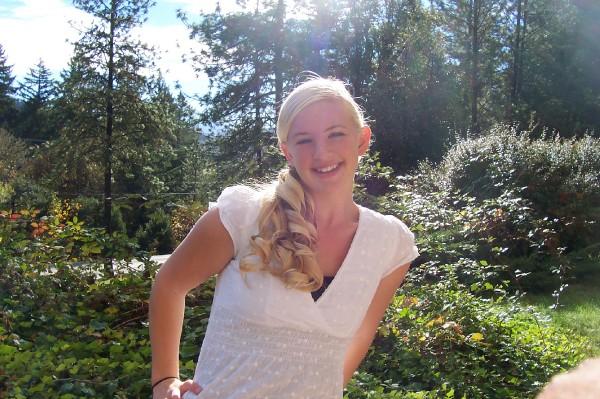 This four-year letter winner has helped turn the Glide Wildcats into one of the top teams in District 3 girls soccer. Douglas County Sports Online is proud to shine the Avista Athlete Spotlight on senior Shelby Heidrick.

Shelby has been a starter since her freshman year and last season, she was named a second team all-league selection in the Sunset Conference after scoring 11 goals for the Wildcats. This year, Heidrick has surpassed her 2008 totals with 15 goals, but it's the team accomplishments that she is most concerned about.

"We went to a camp in June and that's when all of the pieces of the puzzle started to come together," Shelby said. "Not only did our game improve, but we also became a close-knit group."

"I'd take a whole team of Shelby's," Glide head coach Dana Croll said. "She comes to practice early, stays late, motivates her teammates and makes everyone on the field better."

With just a few games remaining in the regular season, the Wildcats sit in second-place behind perennial powerhouse Brookings-Harbor. However, it was Glide that handed the Bruins their only league loss of the season back on October 12.

Once her prep soccer career comes to an end, Heidrick will prepare herself for the spring track and field season. Shelby is one of the state's best in the javelin and has qualified for the state meet the last two years.

After high school graduation, Heidrick will pack her bags for Klamath Falls and attend the Oregon Institute of Technology.

"I am going to pursue a medical degree in radiologic science or diagnostic sonography," Shelby said. "OIT also has a women's soccer program and I'm planning to try out for the team."