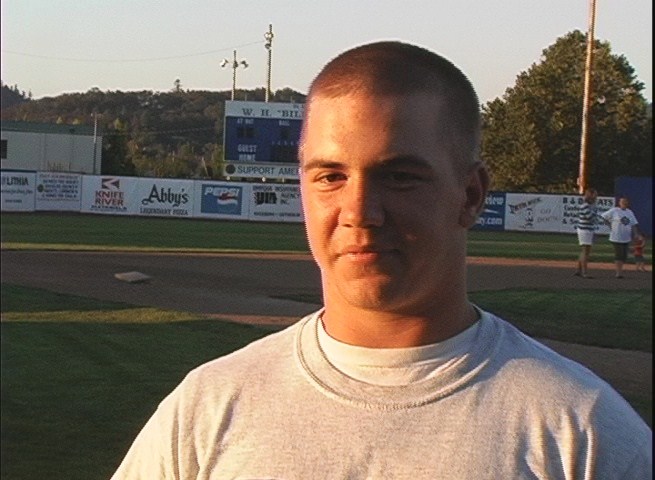 His last name is difficult for many to pronounce, but for high school sports fans in Sutherlin it's a household name that rolls of the tongue. Douglas County Sports Online is proud to shine the Avista athlete spotlight on Bulldogs' senior Kyle Jaukkuri.

"I love whatever sport is in season," Kyle said. "But if I had to pick I'd say baseball is my favorite with football a close second."

Jaukkuri's senior season has finally arrived and Bulldog fans can expect a lot of success throughout the 2010-11 campaign. That's because of a talented core of seniors that have grown up and played together for years.

"Chris (Mock), Eric (Gordon), Andrew (Bell-Morgan) and I have all been on the same teams since we were little and we have great team chemistry," Kyle said. "We all love each other and I'm going to miss all of them next year."

"Kyle is perfect for our offense because he runs the ball well, he has good hands and he can block," Sutherlin head football coach Josh Gary said. "He will do anything you ask of him whether it's blocking, kicking, punting or even playing backup quarterback."

After graduation, Jaukkuri plans to attend college and hopes to play baseball at the next level.