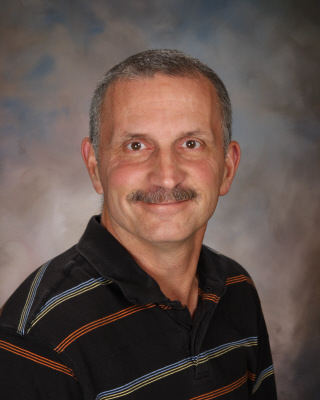 In 25 years at the helm of the volleyball program in Days Creek, this coach has led his teams to a pair of state titles and a total of eight 'top five' finishes. Douglas County Sports Online honors Ron Dunn as its latest DC Great.

The Astoria High School and Eastern Oregon University graduate made his way to Douglas County in the mid-1980's. Since his arrival at Days Creek, Dunn has worn a number of hats including social science teacher, PE instructor, dean of students, athletic director and coach.

"I played college baseball for three years and it's always been my passion," Ron said. "I was hired as a volleyball assistant, but stepped into the head coaching job a short time later and inherited a great group of athletes." "I knew it was a good fit right away."

In his first season, the Wolves earned a trip to the 1985 state tournament and captured the consolation trophy. Dunn's teams quickly became state regulars finishing second in 1991; earning third place trophies in 1989, 1993 and 1996; and taking fourth in 2001. Days Creek also took home the top prize in 2002 and 2003.

"The 2003 group, which included my daughter Jamie, had great talent," Ron said. "There were a number of all-state caliber athletes on that team and they basically walked through league and the district tournament all the way to the state championship."

Through the first part of the 2011 season, Days Creek is once again at the top of the conference standings with a legitimate shot at making it to the state tournament.

"I have a nice mix of seniors and sophomores," Dunn said. "This team is very talented and has tons of potential and I've only begun to scratch the surface."

Once the volleyball season ends, Ron will stay busy serving as the school's athletic director and head baseball coach. In his six years, Days Creek has earned a pair of trips to the state playoffs.