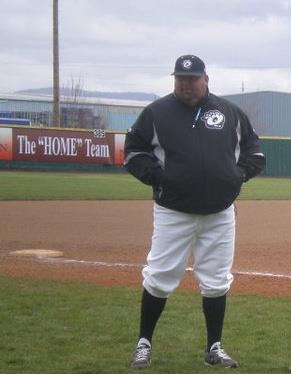 The 1990's was a successful decade for the Douglas High baseball program which included the school's only state championship in 1992. Douglas County Sports Online honors former all-state pitcher Kevin Shafer as its latest DC Great.

Baseball became a fixture in Winston when the 1989 club made it to the Class AA title game beginning a stretch of 13 consecutive playoff appearances. Shafer was a freshman on that team and always dreamed of playing in and winning a state championship. The following season Douglas lost in the first round, but bounced back in 1991 going all the way to the state semifinals. Then came Kevin's senior year and the Trojans would not be denied, losing just one game to Roseburg and finishing the season with a 6-2 victory over St. Helens to win the 3A trophy.

"It was quite a journey getting to the state title game because it's something we had all worked for since we were 13 years old," Shafer said. "We were a good group of athletes and once we got to high school there was a tradition of being good and we wanted to be better than the class before us."

Many of the players on the roster went on to play college baseball, including Kevin who attended the College of Southern Idaho. Some of the other key players on the 1992 Trojans were Brian Dustin (SS), Kevin Tommasini (CF), Andy Osborne (1B), Greg Withers (C) and pitcher Lance Hedquist.

"Rather than having an ace of the pitching staff, Lance and I were more like 1A and 1B," Shafer said. "We were also blessed with great coaches in Dan Withers and Rod Trask and both of them were also the core of the Dr. Stewart's staff."

Kevin was 29-3 during his prep career finishing as a back-to-back first team all-state selection and 1992's Far West League player of the year going 13-0 with a 0.89 ERA and 144 strikeouts in his final season. He also played three summers for the Dr. Stewart's American Legion baseball program and pitched in the Junior College World Series as a freshman. Shafer eventually signed with Lewis and Clark State, but an elbow injury ended his playing career early.

"I had a chance to sign with the Oakland A's, but chose to go to school," Kevin said. "It would have helped me get a coaching job in professional baseball, but I don't have any regrets. I'm pretty satisfied with what I accomplished."

Today, Kevin lives in Medford with his wife and three daughters and is the associate head baseball coach at OIT in Klamath Falls. He was also recently named the chairman of Area 4 American Legion baseball.

"I'm in charge of both single-A and triple-A baseball and the job ranges from processing paperwork, resolving coaching issues and overall, making sure the area runs right," Shafer said. "It's hard to believe I've been involved in baseball for more than 30 years."