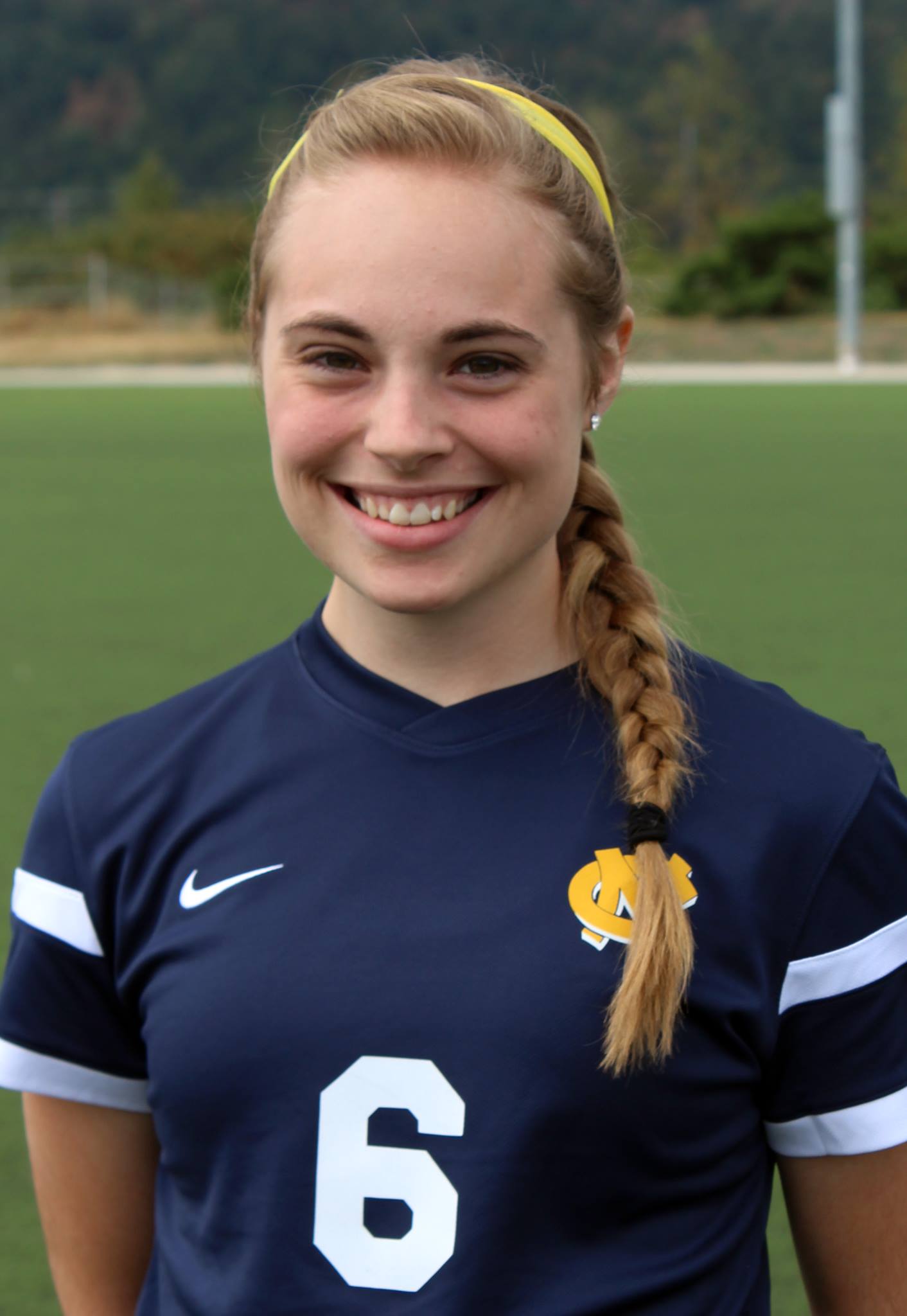 It's rare to see athletics and pageants mix, but a former Roseburg High School athlete is making waves both on and off the soccer field. A 4-year varsity player for the Indians who also put in time at Northwest Christian University, Douglas County Sports Online recognizes Miss Douglas County 2016 Raechel Warren as its DC Great.

Growing up in Roseburg, the 19-year-old NCU student graduated from RHS in 2014 and has lived in Roseburg her entire life.

In the spring of 2016, Raechel took her love of roller skating to the stage, competing and winning the crown at the Miss Douglas County Scholarship Pageant.

"I have been a competitive artistic roller skater with Parkview Skate team in Roseburg since I was 3 years old," Raechel told Douglas County Sports Online.

In soccer at Roseburg, Warren was a four year letter winner receiving 1st Team All League honors her junior year in the Southern Oregon Hybrid League and Honorable Mention her senior year.

At NCU, she earned Academic All-Conference honors her sophomore year in 2015.

"Raechel is a very hard working and dedicated young woman," says Adam Blue, her former Roseburg High soccer coach. "She's determined to better herself, wants to be the best and sets high expectations for herself, always giving 100% effort in everything she does. She's passionate about the things she does. As her coach and teacher, I saw this on the field and in the classroom; she's not satisfied with being mediocre. Raechel is an outstanding young woman." 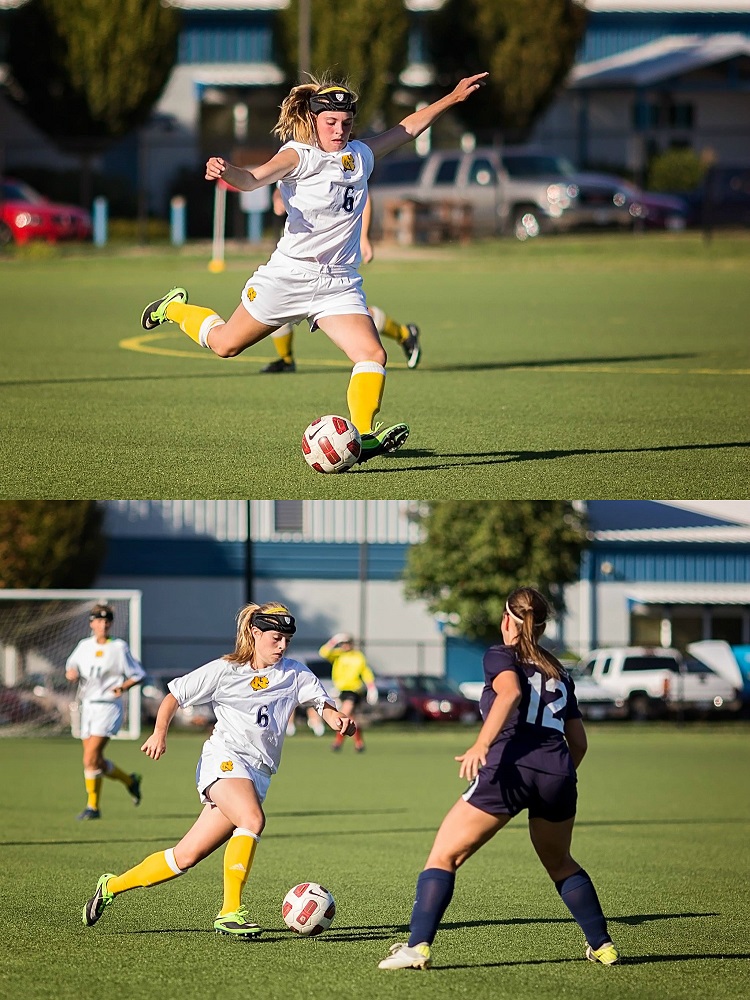 Raechel notched even more impressive awards in skating. She's a three-time defending regional champion with second and third place showings at the United States Roller Sports National Championships. She was also awarded the Rudy Leppin Sportsmanship award given out by the Pacific Northwest region.

She was also a member the Roseburg High marching band for four years, and heavily involved in the band program. She won the District solo and ensemble competition her senior year and placed in the state's top 10.

The well rounded student continues to be involved.

"Athletics have played a huge role in my life," Raechel says. "All of the coaches I've had over the years have impacted me in so many ways. Each has taught me so many valuable lessons both on and of the field; lessons I can take with me wherever I go. I also love the team aspect of soccer, as well the intensity of the game. Skating is tough also, but is a huge stress reliever for me and is one of my biggest passions." 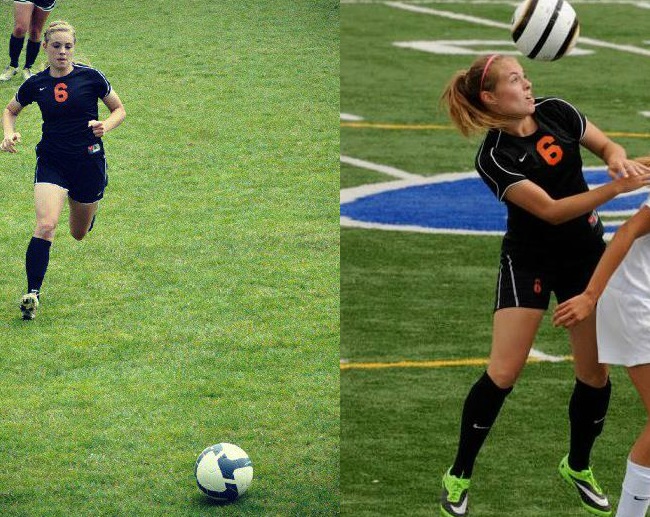 She credits many in her past for helping with her success.

"Aside from my amazing parents and family, my high school band director, Mr. Branden Hansen, has been a huge inspiration to me as a musician and music major, but also as a person. He makes every student feel valuable while having a ton of fun and bettering our musical skills," Raechel explains.

"Raechel is easily one of the strongest students I have ever had as a teacher," Roseburg High Director of Bands Branden Hansen tells Douglas County Sports Online. "Although she's a very gifted and expressive musician, it's her integrity and character that are truly admirable. Raechel is an extremely thoughtful individual and always pushing herself to give her best for the benefit of others. As a student she strove for individual excellence and did everything she could to help improve the band's performance and morale."

Hansen says Raechel's presence in the program improved the atmosphere for everyone.

"While at RHS she was not only an example to her peers, but also to me," Hansen adds. "Raechel is kind, sincere, and unassuming in ways that I still strive to emulate. She is without a doubt the kind of student a teacher loves having in class."

Warren credits many other mentors in her life as well.

"My skating coach, Diana Colby, has been another incredible role model to me," she says. "Being my mother’s coach and now mine, she is truly like second family and has also taught me so many things through her actions as both a coach and a mentor." 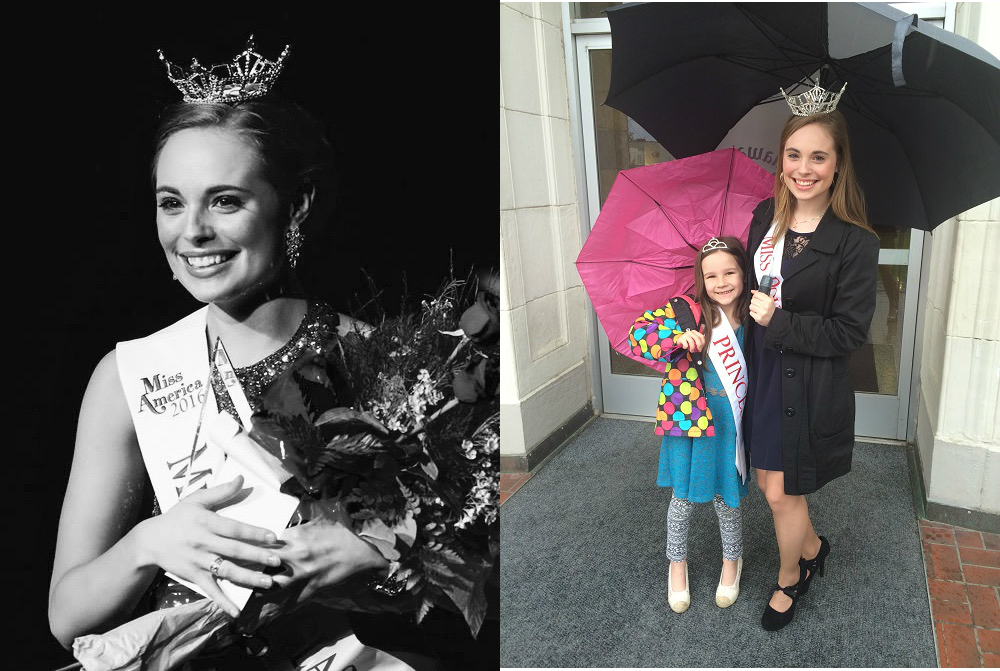 Warren had previously competed in the Distinguished Young Women (formerly known as the Jr. Miss pageant) and was a local titleholder prior to her running for the Miss Douglas County crown.

"I love what these types of programs do for girls’ self confidence. I had always looked up to the previous Miss Douglas Countys but never thought that I would be in their shoes."

She says her best friend, Miss Douglas County 2015 Cassidy Smith, motivated and encouraged her to compete in April.

"I have enjoyed every minute of the process and the opportunities that come with the experience," Raechel says. "I love meeting people in our community and representing the place that has raised me." 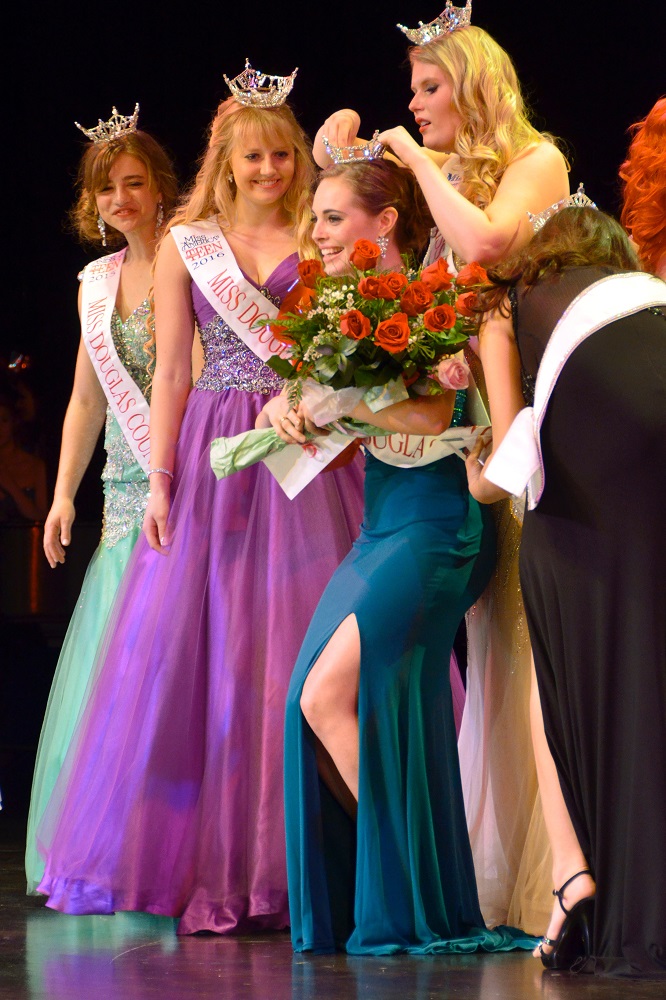 She also told Douglas County Sports Online about the challenges of competing at the pageant.

"You’re always hopeful that you will win and I gave it my all, but ultimately it’s up to the judges and you never know what will happen," Raechel recalled.

"Raechel is an incredible young woman and such a joy to work with," says Miss Douglas County Scholarship Pageant Director Summer Fox. "She has a tenacity and drive that not many people her age have. She is focused and determined and always gives 110% in all that she does. I have no doubt that, no matter where life takes her, she will accomplish great things. Her passion for all that she does is infectious."

"It was so amazing to be crowned by Cassidy and to join this incredible family. I chose skating as my talent because it is heavily incorporated into my platform, as it's one of my biggest passions. I absolutely love doing it and it’s important to perform a talent that shows your passion. It is also so unique and I can’t wait to do it at the Miss Oregon Program in June."