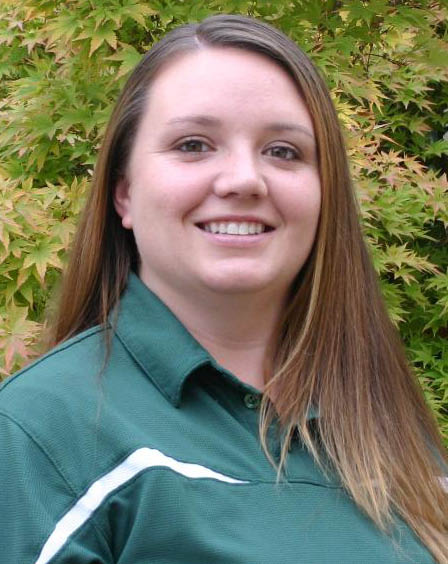 This former four-sport athlete from Douglas High School is now back in Douglas County and doing what she loves best.

Known as Jennifer Bell before marriage, she graduated from Douglas High in Winston in 2000 and was a standout athlete in soccer, basketball, softball and track. However, winning did not come easily for O'Toole early in her prep career. While playing varsity basketball as a freshman, Douglas lost every single game and won only two games her sophomore season. Then, the hard work started to pay off as the Trojans made it to the state playoffs her junior year. In 2000, she led her squad to a third place finish at the Class 3A State Tournament at Gil Colliseum in Corvallis.

"We were a determined group and put in the necessary time during the off season to make sure we got better." O'Toole said. "We also had help from a great coaching staff in Bob Feasel and Andy Johnson and they were able to take us to the next level."

"I was very fortunate that Douglas gave me the opportunity to double up in the spring with both softball and track." O'Toole said. "I found my passion with track and because of it, I was able to compete at the collegiate level."

In the fall of 2000, Jennifer headed to McMinnville, OR to attend Linfield College to continue both her education and her athletic career. She played basketball and track for the Wildcats, but decided to give up basketball after her freshman campaign.

"I chose academics over basketball given the intensity of the collegiate season." she said. "I was able to balance my studies with track and became a collegiate academic all-American."

After graduating in just three and a half years from Linfield, O'Toole came back to Douglas County and began her teaching career. Currently, the 26-year old is in her fifth year at Riddle High School, where she serves as a physical education instructor, assistant girls basketball coach and athletic director.

"My husband, Casey, and I are fans of Douglas County and Riddle, so we plan on staying around," O'Toole said. "I'm just working and trying to be a mom to our two-year old twin boys."

Recenty, Jennifer picked up a javelin for the first time in years and was fairly impressed with the results. You never know, maybe local fans will soon see O'Toole back on the athletic field dominating the competition just like she did not so long ago in Winston.