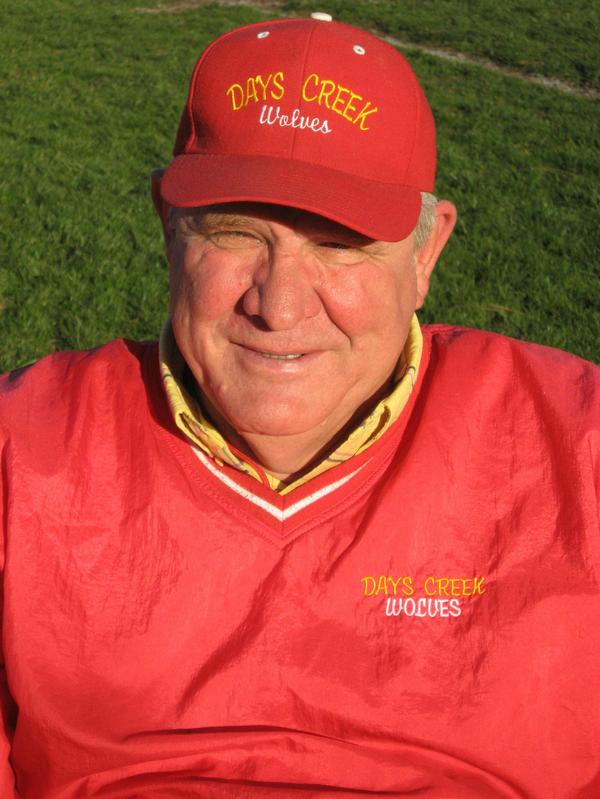 This Douglas County Great has coached locally for more than 30 years, but most of it has been out of the public spotlight. His teams never played in front of thousands of screaming fans and rarely got the publicity they deserved.

Days Creek head football coach Gene Forman has put together an impressive resume which includes a 97-82 record during his 19 seasons at Riddle High School and a mark of 77-56 in 14 years at Days Creek.

"I just love coaching whether its eight or 11-man football and a lot depends on the guys you coach with and of course, the kids," Forman said. "I had chances to move on to bigger schools, but I was happy with my friends and my lifestyle here in Douglas County."

Forman graduated from high school in Toledo, Washington where he played basketball, baseball and track. He also played football for legendary high school coach Ted Hippi. After graduation, Forman headed to Linfield College in McMinnville where he was a starting offensive tackle during the 1964-65 seasons. Dreams of a professional football career came to an end shortly after graduating from Linfield when a car accident left Forman paralyzed.

"I was coming home after pitching in a semi-pro baseball game, when I fell asleep at the wheel." Forman said. "That was the beginning of a new chapter in my life and it's also when I discovered a passion for coaching."

During his successful career, Forman has twice led his teams to the State Championship game. In the early 1980's, Forman's Irish lost the title game to St. Mary's of Medford. His second trip to the finals took place in the late 90's with Days Creek losing to league rival Powers. Of his nearly 180 victories, the head coach says there are a couple of games that stand out.

"During our run to the title game at Days Creek, Cove came to our place and we were supposed to get 45-pointed," Forman said. "The fans were all around the field and we beat them in the mud, it was exciting."

Forman resigned from coaching after the 2006 season, but was asked to come back and coach at Days Creek for one more year. So far, this year's team has struggled to a 2-4 record and will probably miss the state playoffs. But win or lose, Forman has enjoyed his years on the sidelines and don't expect him to slow down any time soon.

"I have stayed close with a lot of my ex-players and I still see many of them," Forman said. "I also plan on spending more time with my four grandchildren."