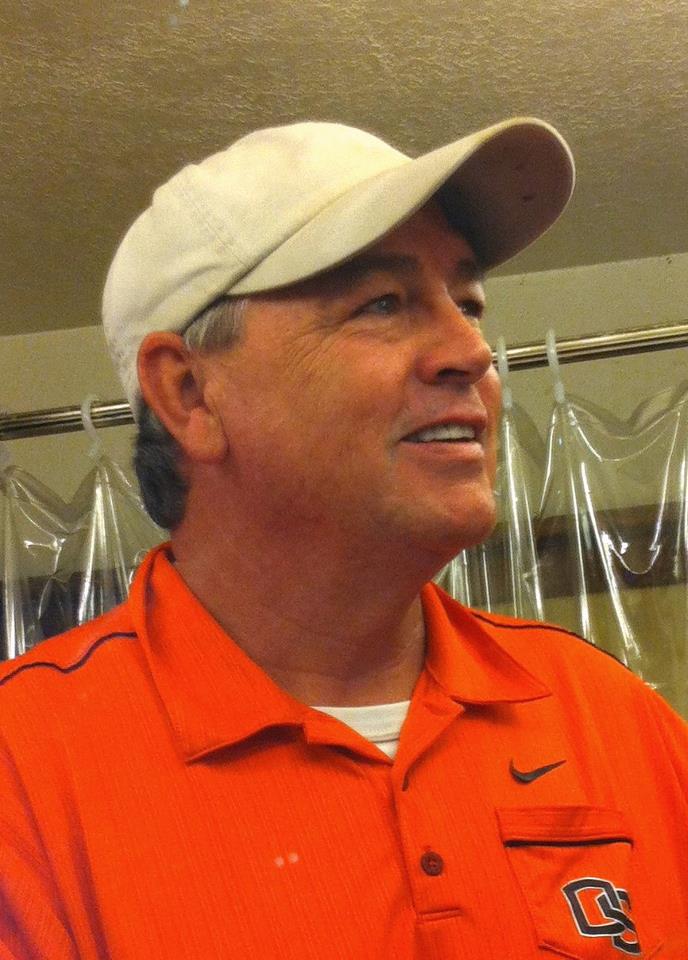 This 1974 graduate of Douglas High School helped lead the Trojans basketball program to the OSAA state tournament as both a player and coach. Steve Fisher's long and successful career in Winston has earned him the title of DCSO's latest Douglas County Great.

As a junior, Steve was a second team all-conference selection and helped lead the school to its first appearance at the state tournament in 16 years. The Trojans were eliminated in three games, but they would be back again in 1974. Fisher averaged more than 17 points per game and was named the Skyline Conference's Most Valuable Player as Douglas capped a 23-3 season with a third place trophy at the state tournament held at McArthur Court in Eugene. He was also selected to the all-tournament team and named a 2nd Team all-state selection by The Oregonian and Oregon Journal newspapers.

"I set three school records at Douglas, including Most Points in a Game (34), Career Scoring (1038) and Season Free Throw Percentage (82%)," Fisher said. "However, all of those records have since been broken."

Fisher was also a fantastic football player for Douglas earning 1st team all-league honors at wide receiver as a junior. He switched to quarterback his senior year and was named a second team all-league selection and an alternate at the East-West all-star game. Steve also played baseball for the Trojans and was second on the team in home runs (3) during his senior year, plus he was a member of the Doctor Stewart's American Legion team for one summer.

He would continue his basketball career at Umpqua Community College for one year, but decided to give up sports and transfer to Oregon State University in Corvallis after the 1974-75 season. Fisher would eventually get back on the hardwood as a member of the junior varsity team at OSU, where he doubled as a student assistant coach.

"That's when I first started to form a coaching knowledge basis," Fisher said. "I learned the system developed by Hall of Fame and legendary Oregon State head coach Ralph Miller."

Fisher received his degree in Health and Biology from OSU and would come back to Winston to teach at his alma mater. He became the head basketball coach at Douglas in 1985 and would keep the job for 11 seasons. Steve inherited a varsity club that was 0-20 the prior season and the junior varsity team wasn't much better at 1-19 and it would take three years to turn the Trojans into a winner.

"I worked diligently with Joe LaFountaine at the Winston Middle School to build a foundation for the future of our program," Fisher said. "It was also during those growing years where I came to understand the difference between being a player and a coach."

In 1988, the hard work paid off as Douglas earned a trip to the state tournament in Eugene. Fisher would lead a total of six teams to the state tournament, but only the 1990 Trojans brought home a trophy, winning the fifth-place consolation title. His teams also qualified for the league playoffs in all but one season during his tenure and he was twice named the Far West League's Coach of the Year.

Fisher resigned in 1998, but he hasn't given up coaching completely. He just finished his second season as a volunteer assistant for the Douglas girls basketball team helping lead the Trojans to a 14-10 record.

"I still feel like I have something to share, plus I still enjoy it," Fisher said. "It's nice not to have to deal with the administrative duties and all of the other responsibilites that come along with being a head coach."