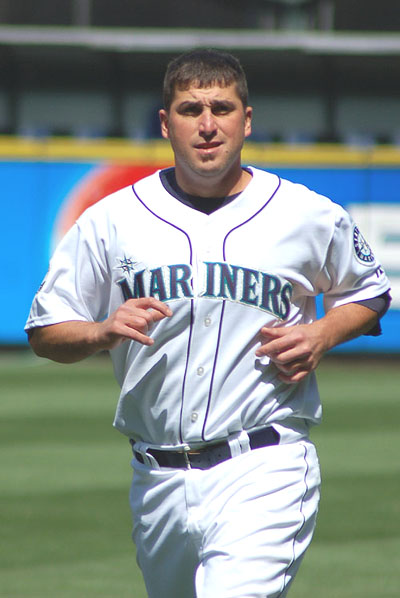 It's been a long road to the major leagues for this 1990 Roseburg High School graduate, but it's been paved with success from his prep playing days in Douglas County to a successful college career at Oregon State University in Corvallis. Jamie Burke is being honored as Douglas County Sports Online's latest DC Great.

Burke was a two-sport star for the Indians in football and baseball and helped lead both programs to the state title game three times in his career. As a junior, he was a starter on a Roseburg football team that lost to Benson 35-15 in the 1988 state title game. In 1989, Jamie was a first-team all-state defensive back and a third-team selection at kicker after Roseburg finished the season 12-2 and a second straight loss in the AAA championship game. This time it was a 24-22 setback to conference rival, Ashland.

"He played with a good group of athletes including Pokey Fugate, Rich Ruhl, Greg Fogle and Brad Simmons," Roseburg head football coach Thurman Bell said. "Jamie was a coach's player because he loved to compete and he dedicated all of his time and energy into whatever sport he was playing."

Burke was also successful on the baseball diamond as a starting shortstop for a 1990 Roseburg team (23-8) that made it all the way to the state championship game. The Indians were beaten by Klamath Union 5-2 in a game played at Miles Field in Medford.

"Not only was he talented, but he was also the hardest working kid on the team," former Roseburg baseball coach Ron Goodell said. "Jamie was serious about being as good of a player as he could be."

Burke's hard work and dedication paid off with an athletic scholarship to Oregon State. He was both the number one placekicker in football and a starter for the Beavers' baseball program, where he received all-league honors as a third baseman.

In 1993, Jamie was drafted by the California Angels in the ninth round of the amateur draft. After 10 years with the Angels organization, he signed with the Chicago White Sox and three years later, he joined the Seattle Mariners.

Burke is now in his 17th season of professional baseball and has spent the entire past two seasons as a backup catcher with the Mariners, hitting .301 in 2007 and .261 in 2008.

The 37-year old Burke is married and the father of three boys.