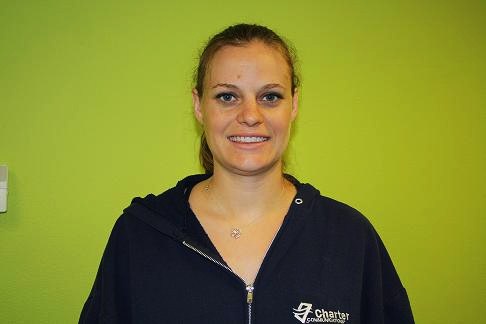 Maranda was born in Idaho, but made her way to Yoncalla in 1993 and in just a few short years her name would become a recognizable one throughout Douglas County. As a freshman track star, she qualified for and won four events at the 2A state meet, the maximum number allowed by the OSAA. Over the next three years, she would win 12 more individual titles and conclude her prep career with 16 first-place finishes in 16 events.

"I remember when I broke the state record in the long jump," Brownson said. "I had a different feeling when I was preparing for that jump and just knew I was going to do something great."

On the team front, Maranda helped lead the Eagle girls to the 1999 state championship. Incredibly, she also took home third and fourth-place trophies during her final two years, despite being the only athlete on the Yoncalla team.

"I received 10 points for winning each event and finished with 40 total points," Brownson said. "I was embarrassed to get the third-place trophy, so I made my coach go with me to get the award."

Maranda also exceled on the basketball court earning the Big Fir League's MVP award after both her junior and senior seasons. Yoncalla also went to the state tournament three times during her tenure and captured a third-place trophy in 2000.

"We had absolutely no size, we were tiny," Maranda said. "I was just under 5'9 and was the tallest player on the team, plus we only had six or seven girls that played."

Brownson continued her track and field career in college at the University of Nevada in Reno. As a junior, she placed first in the pentathalon at the Western Athletic Conference Championships and finished 14th at the National Meet.

Today, the 27-year old Brownson lives in Roseburg and works for Charter Communications. She was married in January of 2010 and is expecting her first child in late July.