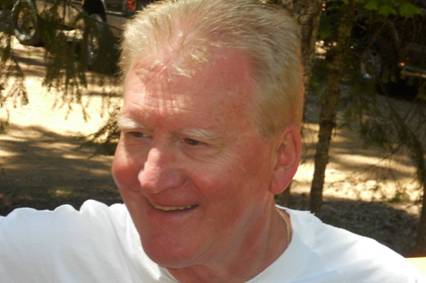 The Roseburg High School football program has long been one of the most successful in the state of Oregon and this former All-American quarterback may be the best ever to have worn the orange and black. Douglas County Sports Online honors Paul Brothers as its latest DC Great.

The Wyoming native found his way to Roseburg at the age of six, where he attended local schools until his graduation in 1963. It didn't take long for Paul to showcase his talents on the football field earning a starting job in the defensive backfield and taking over the reigns at quarterback during the final game of his sophomore season.

He would go on to earn first team all-state honors on both offense and defense in his final two years at Roseburg, which included leading RHS to an undefeated season and a state title in 1961.

"We had only 26 points scored on us in 12 games," Brothers said. "Our defense didn't allow a point in the entire playoffs and we beat Beaverton 25-0 in the championship game."

More than 30 schools recruited Brothers to play football at the collegiate level, including powerhouses Notre Dame, Texas and Oklahoma. However, it was Oregon State and head coach Tommy Prothro that landed the talented signal caller. In his first season as a starter, Brothers led the Beavers to an 8-3 record and a trip to the Rose Bowl.

"We were pretty good, but we lost to a Michigan team that had 13 guys drafted into the National Football League," Paul said. "I always say the three reasons they beat us were size, strength and speed."

As a junior, Dee Andros was hired as the new football coach in Corvallis and with Andros came a new running offense. Brothers started for two more seasons, but would never achieve the success he had during his sophomore year. In fact, Brothers completed more passes in his first season than he attempted in his final two years.

After college, Brothers was drafted by the Dallas Cowboys, but opted to play for the British Columbia Lions of the Canadian Football League. He played five seasons in the CFL for both BC and the Ottawa Rough Riders before retiring from the game of football.

Despite not playing the game any longer, Paul has continued to make an impact on high school sports in Oregon. He was the head football coach for nine seasons at Marist High School in Eugene; and for the past 16 years, he has led the Willamette girls basketball program to a pair of state titles.
"I enjoyed coaching football, but I got tired of being out in the weather," Brothers said. "Now, I have fun coaching girls basketball mainly because of their great work ethic and attitude."

Brothers successes as both a player and coach have not gone unnoticed. Roseburg High School's Century of Excellence - 100 years of RHS football - named him the 'player of the century'; In 1997, he was inducted into the Oregon State University 'Hall of Fame'; and soon will be heading into the State of Oregon Hall of Fame and Museum in Portland as part of the class of 2010.

"It's quite an honor to be recognized with names like Nick Robertson (prep basketball coach) and former Portland Trail Blazer Terry Porter," Paul said. "I really hope I'm going in for my body of work."

Brothers will be inducted into the hall on September 28.