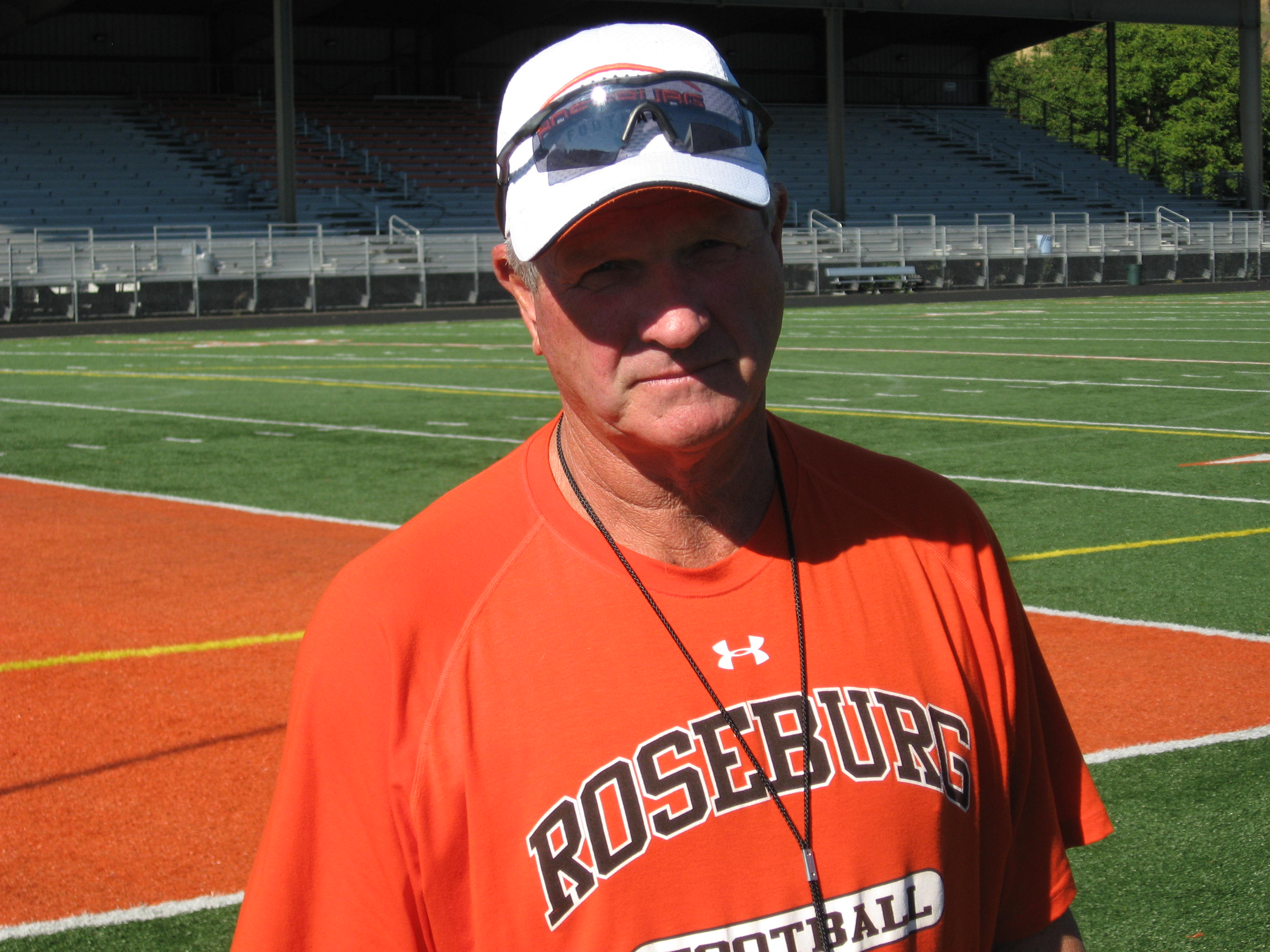 When Thurman Bell jogged onto the turf at Finlay Field on the morning of August 18, it marked the beginning of his 38th season as the Head Football Coach at .

The legendary coach is the all-time leader in wins at the Class 6A level in Oregon with 284 victories, including four State Championships. Among all coaches at every level, ranks third behind ’s Davey Sullivan and ’s Kent Wigle.

“I’ve actually coached for a total of 43 years and not all of it was in football or at ,” said. “I’ve also been a head basketball coach and baseball coach with stops in and before coming here.”

During his tenure with the Indians, Bell has led his teams to 29 playoff appearances, 28 of them consecutive, and nine State Championship games. It has been ten years since Roseburg’s last journey to the OSAA Finals, losing the 1998 title game in overtime to the Ashland Grizzlies.

“It’s a lot tougher to get to the Championship game today because coaching around the state has greatly improved,” Bell said. “In the past, there were only an isolated few, but now the competition is much better.”

The 2008 Roseburg Indians could be the team that leads back to the Finals for the tenth time in his career. However, the Medford Mail Tribune's preseason poll picks this year’s team to finish at the bottom of the Southwest Conference behind Sheldon, , .

“Many of the kids we have out this year are two and three sport athletes with great work ethic,” Bell said. “We are very excited about the amount of skill players we can put on the field, but our concern is that we lack depth when it comes to our bigger, stronger kids in the trenches.”

Once the 2008 season is complete and whether the Roseburg Indians win the state championship or struggle to a .500 season, you can be assured Thurman Bell will be back for another go around in 2009.

“It keeps me feeling young and I still enjoy the camaraderie with my coaching staff,” said. “I’m competitive by nature and seeing the kids improve is always rewarding, plus coaching is still fun.”

Roseburg opened the 2008 campaign on August 29 with a disappointing 23-21 loss at Gresham. Be sure to watch the season premier of the Thurman Bell Show airing Sunday, September 7th on DouglasCountySportsOnline.com.