SPRINGFIELD, Ore. -- An athlete from Roseburg High School's Cheer and Stunt squad made the Oregon Cheerleading Coaches Association All State team last Saturday after competing in the event at Thurston High School in Springfield.

Bryanna Witcher, a sophomore at RHS, is the first female in the history of the program to make the All State team for 6A athletes, according to Roseburg's coach. 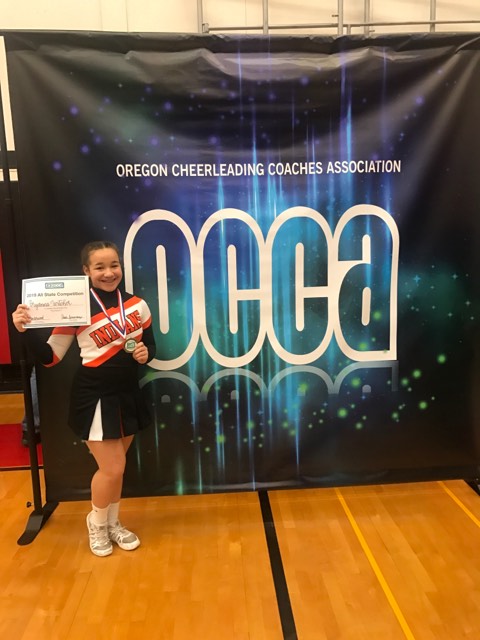 OCCA All State is an athletic competition for cheer where student-athletes compete in tumbling/gymnastics, jump skill, choreography, and overall performance.

"She placed 7th out of 54 of the best cheer athletes from around the state," said Julie Otley, Roseburg Varsity Cheer and Stunt Coach. "We are so proud of her."

The competition's top three placers receive scholarships, and Otley says Witcher's goal next year is to place in the top three.

The OCCA All State Competition is an OSAA Sanctioned Competition. It is held annually and open to 1A-6A varsity athletes.

The event goals include recognition of the athletic skills of varsity athletes in the activity of cheerleading in the State of Oregon and to raise money for OCCA scholarships.