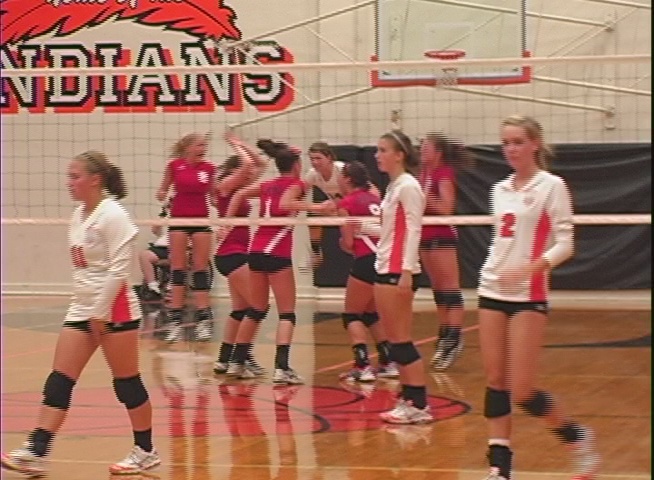 Nearly three weeks ago, the North Medford volleyball team suffered an embarrassing loss at the hands of the Roseburg High junior varsity team, which filled a spot in the Roseburg Classic Invitational Volleyball Tournament. The Black Tornado didn't place while the Roseburg varsity squad went on to win the 16-team tournament.

This made North Medford's four-game victory over Roseburg Thursday night that much sweeter. The 5-5 Black Tornado controlled the pace most of the evening and defeated the Indians in four tight games 27-25, 25-18, 20-25, 25-23. The Indians suffered their first loss of the season and fell to 0-1 in the Southwest Conference.

Sophomore Jessica Strader had nine assists and seven kills as Glide picked up its first win of the season over visiting Rogue River. Also in the Sunset Conference, Reedsport lost for the second straight time with a 26-24, 25-23, 25-15 setback at Bandon.

Yoncalla continued its early season dominance in the Mountain View Conference with a sweep of Riddle. The Eagles improved to 4-0 in league play while the Irish drop to 0-4.

Senior Robin Whipple had 12 assists, eight kills and seven aces as Elkton improved to 4-0 in the Skyline League with a sweep over Powers.

"We started the season with a lot of new players and the team is now starting to play together," head coach Kami Wright said. "We're now four games into the league season and we're beginning to figure out our strengths."

On the boys side, South Umpqua won a non-leaguer over Illinois Valley, 4-0. Also, Coquille beat Douglas, 6-1 and Sutherlin was blown out by Brookings, 8-0.