"We are excited to compete for a Championship. Our game Thurs should be at 4pm." 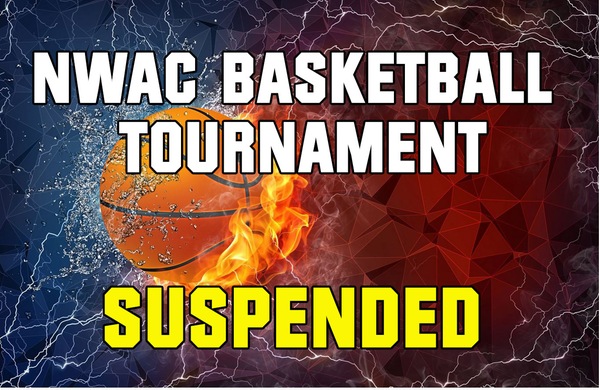 According to a report by HeraldNet, the postponement came after Everett CC officials said they closed the campus for extensive cleaning after they learned that a student tested positive for COVID-19. According to the report, the school is scheduled to reopen Monday.

The NWAC Basketball Championship Tournament is cancelled for the rest of this week.  NWAC is working to try and reschedule the tournament for next week and is in communication with venues who may be able to host the championship tournament.  As details are finalized, information will be shared via the NWAC website.

On Saturday (March 7, 2020), the statement was updated to include the following:

We have good news to share: this afternoon we were contacted by the Snohomish Health District who told us that the EvCC student who tested positive for COVID-19 poses little to no risk to EvCC students, faculty, and staff.

The student was last on campus on Feb. 27, and did not have symptoms at that time. This virus spreads with close contact (within six feet for a prolonged period of time) and is unlikely to spread without symptoms, according to a Snohomish Health District epidemiologist.

The Umpqua women were slated to take on the host team, Everett, on Thursday, and the UCC men were scheduled to take on Treasure Valley on Saturday.