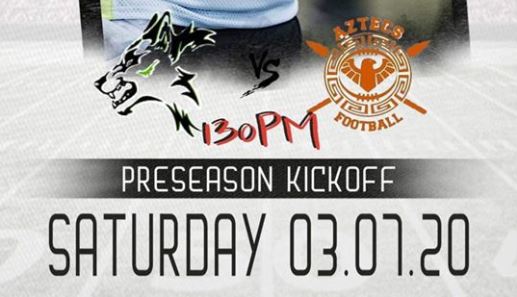 ONTARIO, Ore -- The Douglas County Timberwolves traveled about 8 hours one-way in their pre-season game Saturday against the Boise Aztecs in Ontario.

And unfortunatley, there was no winner in the contest, with the T'Wolves playing the Aztecs to a 0-0 tie.

"This is the first time in team history that the Timberwolves finished a game tied!" the team said on social media after the game. "Was a great game but hated ending in a tie after traveling 8 hours to play!"

The Timberwolves are 1-0-1 in the preseason. They defeated the Basin Berserkers of Klamath Falls 55-6 in Sutherlin back on Feb. 22.

DC kicks off PNFL league play March 21 on the road against the Portland Panthers at Alder Creek Middle School in Milwaukie.

Watch footage from the Timberwolves' game against the Aztecs below:

Watch footage from the Timberwolves' earlier game against the Berserkers below: