Sunday evening, the Docs scored just one run but it was enough to edge the North Medford Mavericks 1-0 to finish the tournament undefeated.

Jett Black was 2-for-3 for Roseburg with an RBI single in first inning scoring Doran Gillespie for the eventual winning run.

On Friday, the Roseburg team defeated the Eugene Challengers 5-0 in the early game, then knocked off the Eugene Athletics 8-5.

The Docs (4-0) are scheduled to play next on June 25 in Medford against an opponent to be announced.

Here's a look at the new season schedule for the Docs. Due to COVID-19 restrictions, attendance is limited to 250 fans per game at Roseburg's One Champion Carwash Field: 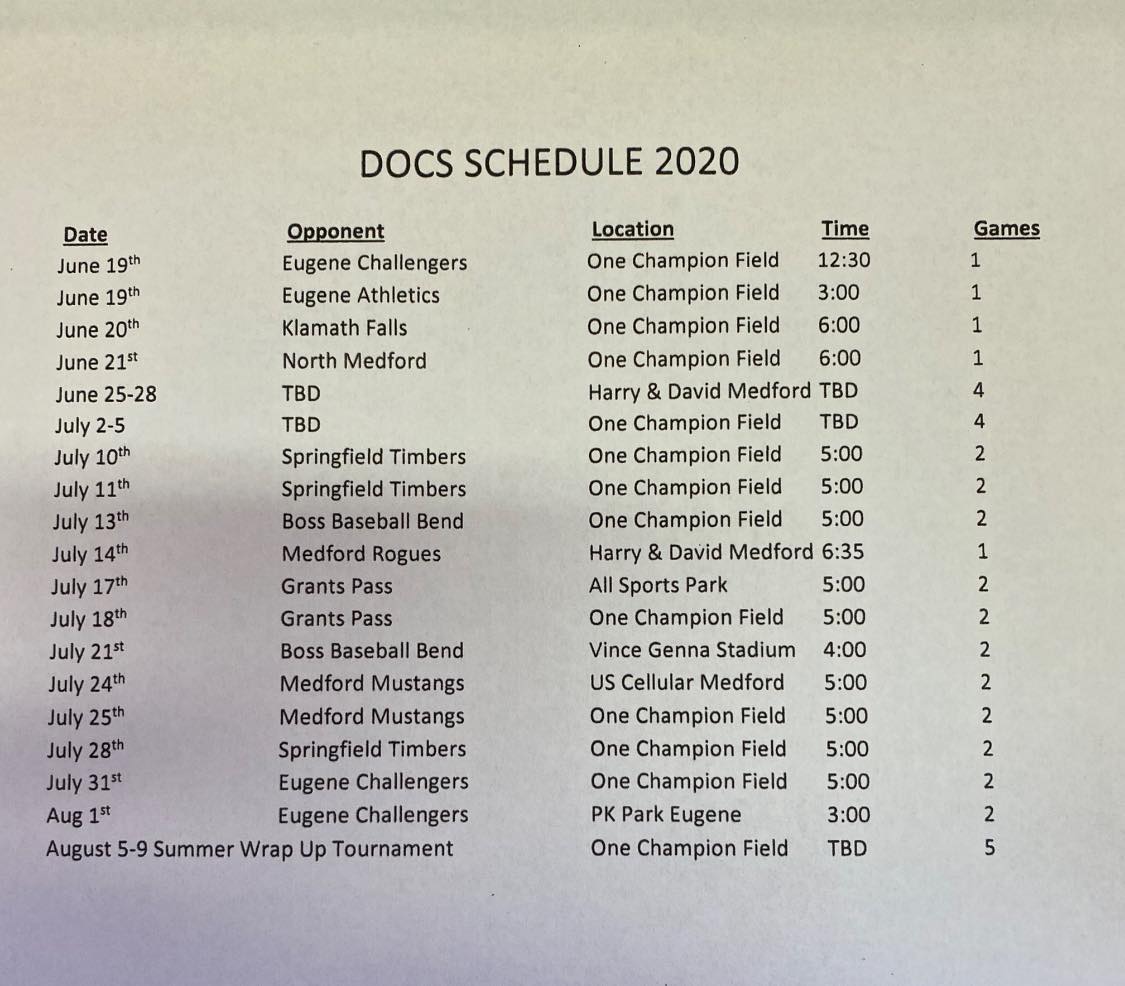