The UCC Men's Basketball team is off to a flying start to the season.

Last Saturday evening the RiverHawks dismantled Southwestern Oregon 115-69 all while shooting a blistering 16/25 (64%) from beyond the arc. 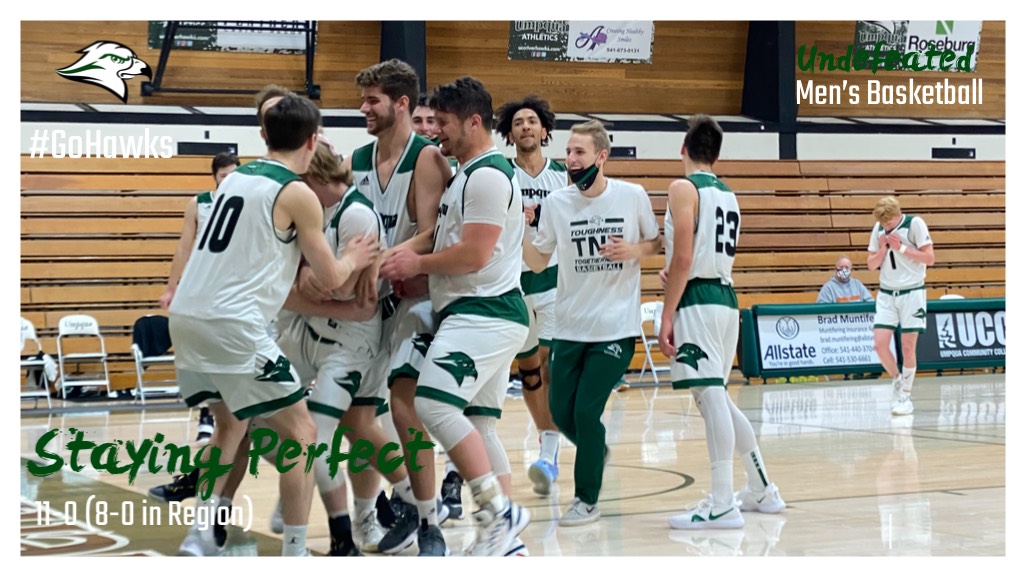 "We play together as a team, and all our players are unselfish. The team is focused on our goals of winning a Southern Region Championship, and hanging a banner so our guys will always be remembered for doing something great here at UCC, and they deserve it especially with everything that has gone on this season," commented Coach Daniel Leeworthy.

The RiverHawks have four sophomores on the team and three of them that were a part of the team that went 25-4 last season before the NWAC Playoffs were cancelled.

Coach Leeworthy is certainly appreciative of their achievements.

"Isaac Lungren, Hayden Wood, and Cody Fredrickson have accomplished so much here at UCC. Combined they have a winning record of 36-4 overall, which is quite remarkable. That's Gonzaga-ish numbers. They have been unbelievable to Coach, and awesome to see their growth on and off the court."

The Team has 7 players averaging 8 or more points per game, while Sophomore Cody Fredrickson leads the NWAC in Assists per game with over 9 per contest.

The RiverHawk Men are set to be back on the court vs. Mt. Hood Community College. They are 2 wins away from securing the Southern Region title.