S.U. falls to Siuslaw in 3A title game

COTTAGE GROVE, Ore. - The South Umpqua Lancers came up short in their bid for a 3A championship, falling to Siuslaw in a down-to-the-wire thriller, 14-9. 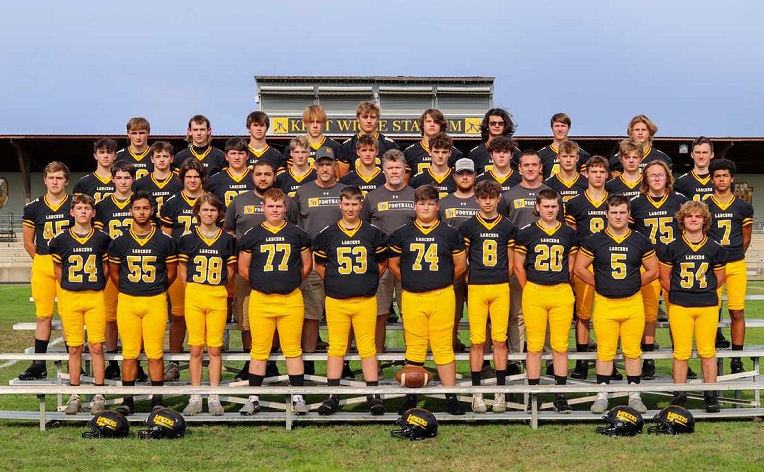 Juri Moros drilled a 36-yard field goal early in the 4th quarter to give the Lancers their first lead of the game at 9-8. It was the third field goal of the game for Moros, who accounted for all of S.U.'s scoring.

Moros kicked his other two field goals in the second quarter - from 34 and 23 yards, respectively.

The Vikings' Camp Lacouture scored on a 1-yard scamper midway through the 4th quarter in what would be the winning score for Siuslaw, who won their first state title since 2006. They finished the season undefeated with a 12-0 record.

The Lancers finished at 11-2 overall.

Full statistics for the title game can be found here.

S.U. to play for 3A title after thrilling win over Vale

BEND, Ore. -The South Umpqua Lancers are playing for the Class 3A state title following an exciting road win in the semifinals.

According to OSAA, SU will appear in its first state championship game since 1981, when it shared the title with Siuslaw.

Coincidentally, the Lancers will take on Siuslaw this time around, too. The Vikings are the No. 1 seeded team; the Lancers are seeded No. 3.

Saturday's 3A title match-up will be played at Cottage Grove High School at 11 a.m.

TRI CITY, Ore. - South Umpqua is headed to the semifinals of the 3A football playoffs after taking care of Santiam Christian 28-8 in the quarterfinals Friday in Tri City.

The win sends the No. 3 seeded Lancers to a semifinal matchup against No. 7 Vale.

The Vikings upset the No. 2 seeded team, Rainier, with a 14-6 win on Saturday.

TRI CITY, Ore. - South Umpqua is headed to the quarterfinals of the 3A football playoffs following a lopsided 35-6 win over visiting Yamhill-Carlton Friday night.

The first-round victory sends the No. 3 seeded Lancers to the quarterfinals where they'll host No. 11 Santiam Christian.

Santiam defeated Dayton in the first round, 7-6.