KEIZER, Ore. - The South Umpqua baseball team has won the 3A state baseball championship with a 10-2 drubbing of Santiam Christian Friday at Volcanoes Stadium in Keizer. 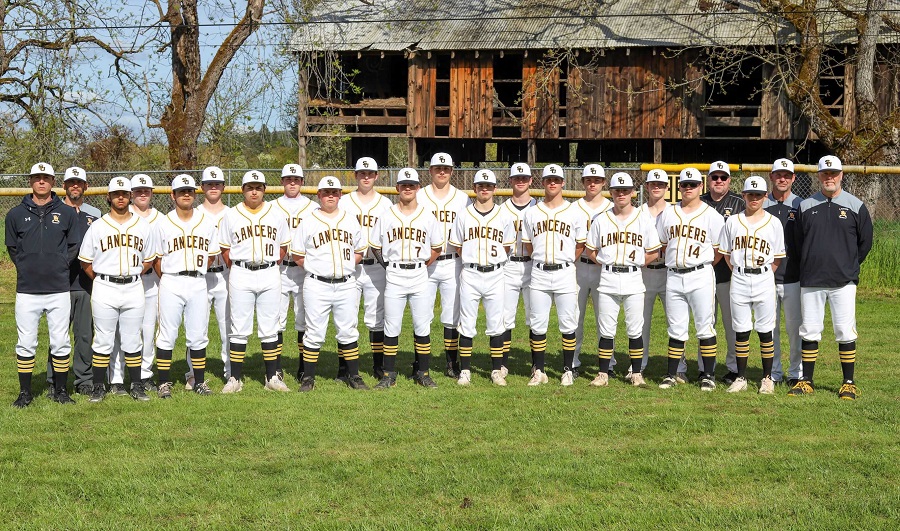 Kade Johnson was 4-for-4 at the plate to lead the Lancers. Johnson knocked in 3 runs and scored twice.

Andrew Camp and Jordan Stevenson were both 2-for-3. Stevenson also homered and had 3 RBI.

Jace Johnson pitched 6-2/3 innings for the win, striking out 7. He also helped himself out at the plate with 3 RBI.

Camp finished out the contest, striking out the final batter to end the game.

South Umpqua, the No. 2 seed, completed their championship season with a 25-5 overall record. The runners-up, No. 5-seeded Santiam Christian, finished at 20-9.

The Lancers closed out the regular season in 2nd place in Special District 4, notching an 11-4 league record behind conference champ Cascade Christian (12-3).

To reach the title game, South Umpqua knocked off Yamhill-Carlton 7-6 in the semifinals following a 6-1 quarterfinal victory over St. Mary's of Medford and a 5-2 win over Scio in the first round.

It's SU's first baseball title in 43 years, when the Lancers defeated Rainier for the 2A title in 1979. 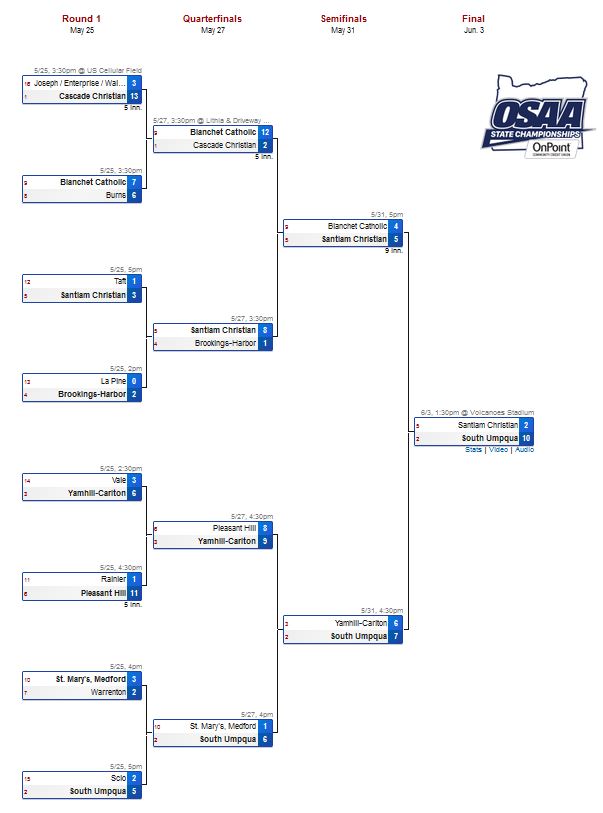