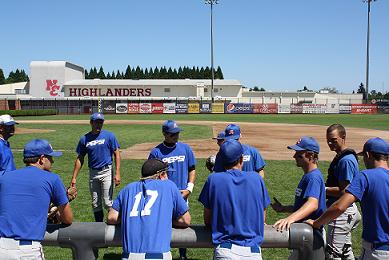 Tyson Dahl hit a solo home run and Micah Audiss had three hits, including an RBI triple and a two-run homer.

The Bottlecaps (22-8) left the bases loaded in the bottom of the seventh sending the game into extra innings. Ashland capitalized quickly as Ethan Schlecht led off with a home run and teammate A.J. Adams plated three more runs with a two-out homer.

Roseburg finished the tournament with a record of 3-2.

Ashland went on to win the championship with a 7-1 victory over La Grande.