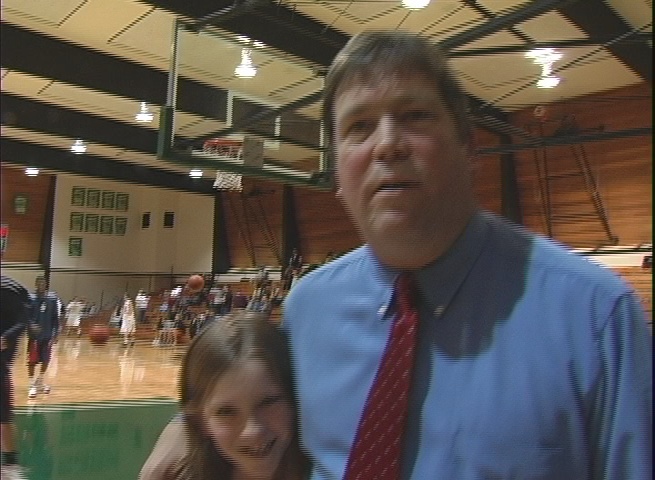 Umpqua Community College women's basketball coach Dave Stricklin added his name to a special list Wednesday night after the Riverhawks beat Southwestern Oregon 97-61 during their NWAACC season opener in Roseburg. The victory was Stricklin's 600th of his career and he becomes only the fourth college basketball coach in Oregon history to reach that milestone.

"I never thought I'd be coaching this long and get as many wins this quick," Stricklin said. "Through all of the wins, my dad, my wife and Casey O'Toole have been on the bench for all 600 of those."

In 21 seasons, Stricklin's teams have averaged 28 wins per year, including nine Final Four appearances and two NWAACC Championships in 1997 and 2000. This season, the Riverhawks are 14-1 overall and ranked number one in the latest NWAACC poll.

Stricklin joins Oregon State's Ralph Miller, Danny Miles of OIT and Lewis and Clark's Jim Boutin as the only college coaches in the state to ever reach the 600-win plateau.

(Photo: Dave Stricklin with his daughter after win # 600)