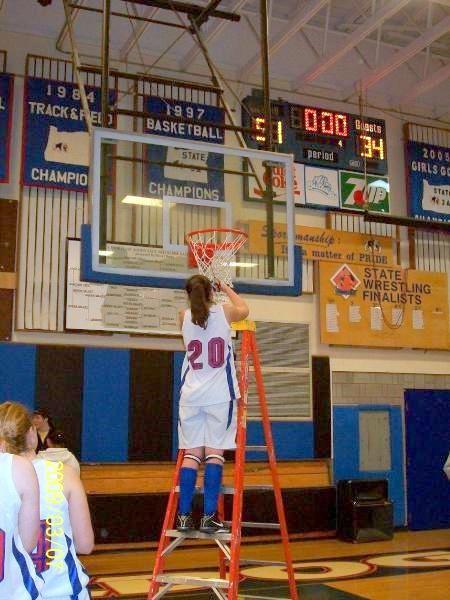 The top-ranked Sutherlin Bulldogs are just three wins away from completing a perfect 27-0 season and their second straight 4A girls basketball championship. It all begins Thursday at 6:30PM at Gill Coliseum in Corvallis when the Bulldogs take on the third-ranked Stayton Eagles.

"We played them in last year's semifinals and beat them 29-19," Sutherlin head coach Josh Grotting said. "Stayton is a defensive-minded team that returns six players from last season, plus they're very well-coached."

The Eagles (20-3) won the Capital Conference title and two of their losses came against tournament teams, #2 Cottage Grove (22-3) and #4 Mollala (17-3). However, Stayton will have its hands full with the defending state champions led by Destiny Cowan (12ppg) and returning 4A Player of the Year Tess Bennett (16ppg).

"Our goal since the beginning of the season was to get back to the tournament and win a trophy," Grotting said. "It's all come down to a three-game season and the eight best teams in the state."

In the other opening round games, Molalla plays Yamhill-Carlton, Hidden Valley battles Cottage Grove and Philomath takes on La Pine.