Oakland Girls Eliminated From 2A Tournament 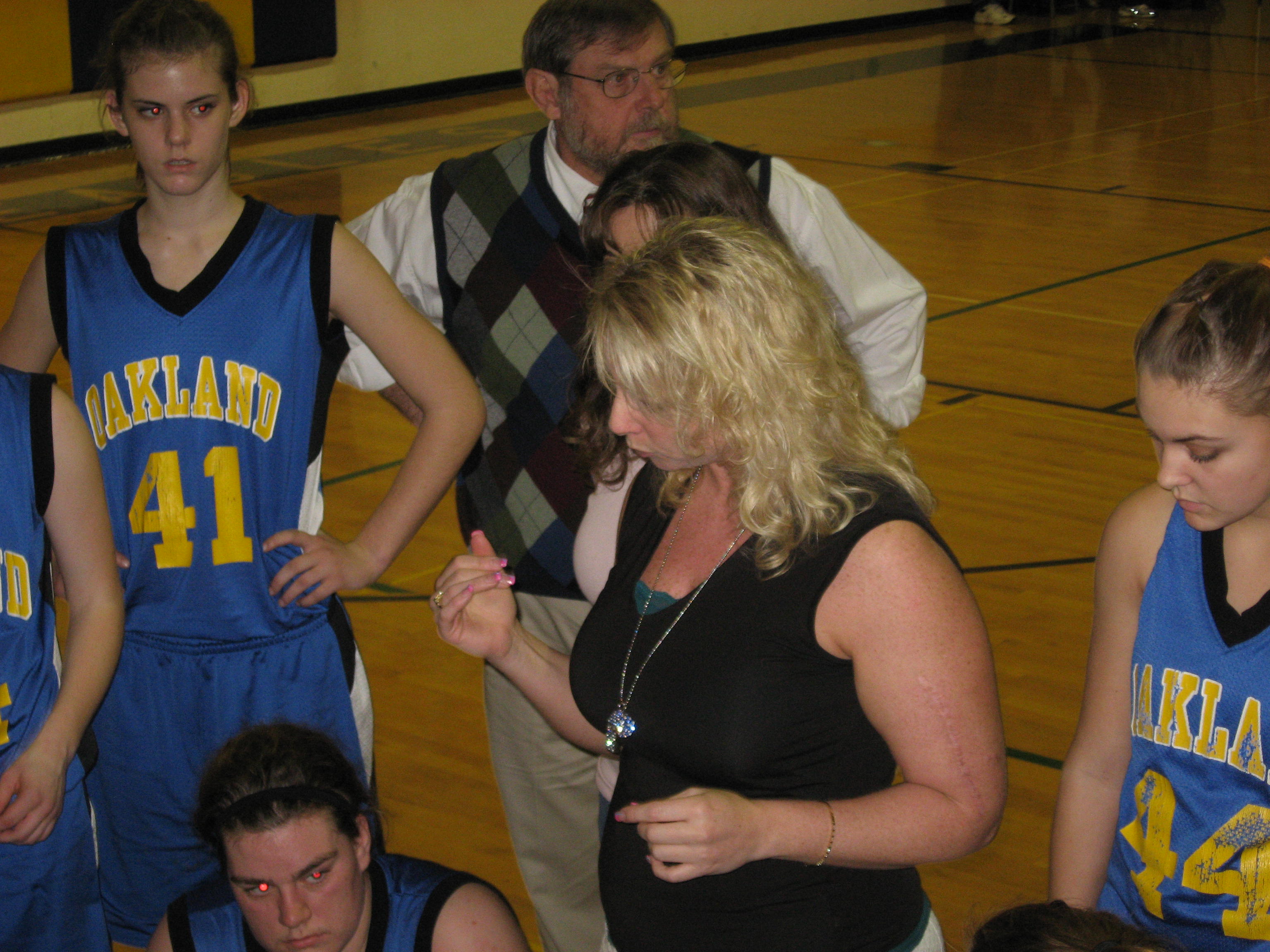 The Oakland girls basketball team lost for the second time in two days and was eliminated from the OSAA 2A state tournament Friday morning in Pendleton. Top-ranked Portland Christian dominated the Oakers 50-23 and ended Oakland's season at 20-8.

Esther Moen's team had only four players score in the game led by junior Brittany Baimbridge's 11 points. Portland Christian (24-1) led 20-9 after the opening quarter and stretched the lead to 18 points at halftime. Oakland shot just 19 percent from the field and hit only eight field goals the entire game.

The Oakers were beaten by Enterprise 52-49 during their opening round game Thursday afternoon.

(File Photo: Oakland coach Esther Moen talks to her team during an earlier game this season)