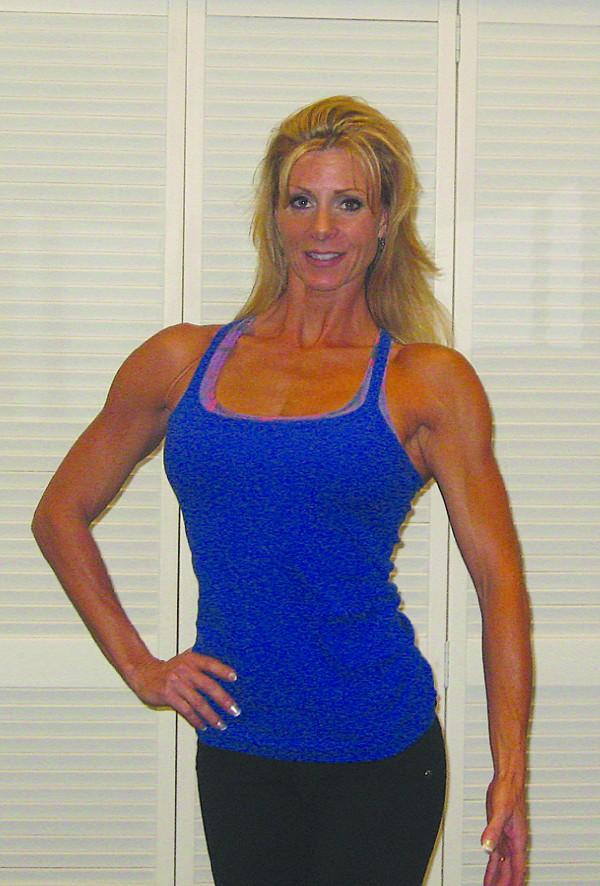 A local woman is preparing to take the next step toward a professional career in the world of bodybuilding.

Dianna Brock of Sutherlin is still celebrating her first-place finish at the Emerald Cup Bodybuilding, Fitness and Figure Championships, which took place April 17 at the Meydenbauer Center in Bellevue, WA. The competition is known as the biggest tournaments for gaining national qualifying status.

Brock competed against 19 other competitors in the 'Over 40 to 50' category and took first place.

"My goal was to finish in the top five," Brock said. "I am still in shock. I keep thinking, 'Wow! I won the Emerald Cup!"

Always fitness minded, Brock has taught aerobics locally for more than 20 years and she currently works part-time as an instructor at Any Time Fitness. She competed in her first show in 1994 and she has worked herself through the ranks by competing mostly in the fitness category, but after a couple back surgeries she changed gears and began competing in the figure category, which won her the Emerald Cup crown.

"Gosh, I knew I had the experience but I also knew that this was a big show with great competition," she said. "I was a little nervous. I did a lot of practicing and I felt confident but a lot of these girls had more muscle than me."

"I work out four to five days a week," Brock said. "I gain muscle and bulk during the preseason and I focus more on cardio about three months before a competition to get lean."

More importantly, Brock hopes to inspire others with her success. She has three daughters - Tara, 16, Christina, 13, and Erica, 5 - and she wants to be a positive role model in their lives and in the lives of others she mentors in fitness. Her husband, Terry, is also a big part of her success.

"Terry is up every morning with me at 5:30 to help me train and keep me focused," she said. "I like to train in the early morning hours so I can keep my priorities where they need to be - with my family. I want to be able to spend as much time with my family as I can."

On the side, Dianna and Terry also work as judges for Oregon's National Physique Committee. She has also coaching others now as a part-time fitness consultant.

"I just want to thank my husband and my girls for their time and energy," she said. "They have been unbelievably supportive and made this experience easier and enjoyable."