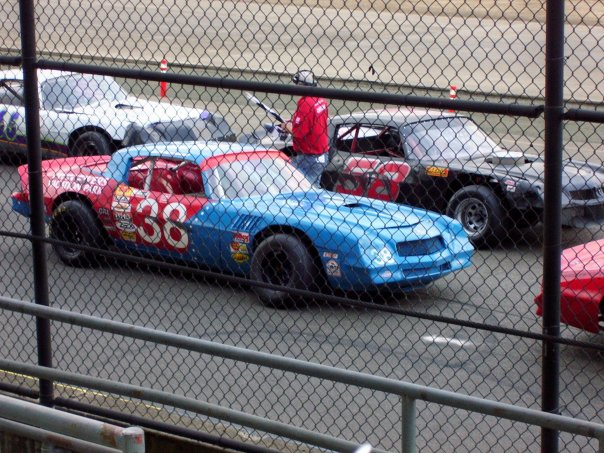 The Glendale driver captured the Trophy Dash, the Heat and concluded the ASA program by winning the 25-Lap Main. Nace led every circuit of the Main and after fast-qualifier Dean Cast left the race with mechanical problems on Lap 10, he was never threatened. Steven Snauder and Chris Schlaht finished second and third respectively.

The largest field came again from the Hornet class, where 22 of the 4-cylinder racecars took the green flag for their 25-Lap Main.

Roseburg’s David Beals moved from the middle of the field to snare the lead on Lap 2 and appeared on pace for an easy win before Oakland High’s Daniel Jobe made a serious challenge for the trophy on the final lap. Jobe erased the leader’s large lead when Beals was held up attempting to lap slower traffic. But, Beals was able to maneuver cleanly through the pack and stave off Jobe by a half-car length at the finish line.

“I knew he (Jobe) was right on my tail at the end,” Beals said. “I got held up trying to get around a car and he was very fast at the finish. I’m just glad I was able to cross the line first.”

The win was the first official Main victory for Beals. He took the checkered=2 0flag one time earlier this season, but forgot to take his car to the scales when he left the track.

“I guarantee that the first place I’m going this time is to the tech area,” Beals said at his trophy presentation from the winners’ circle. “I want to make sure that this win counts.”

Following Beals and Jobe to the checkered flag was Don Tigrett, Jenel Schlaht and Monte Cox Jr. in third through fifth respectively.

Tigrett won both the Junk Yard Dog Main and Heat races. Tigrett’s older brother, Paul Tigrett, who won the JYD Main last time out, suffered major damage to his truck in the Main and was towed off the track. James Jobe was second and Simon Talcott was third.

The Bi-Mart Firecracker 150 returns Saturday to the Douglas County Speedway.

(You can reach Douglas County Speedway writer/announcer BZ Zeller at This email address is being protected from spambots. You need JavaScript enabled to view it.)