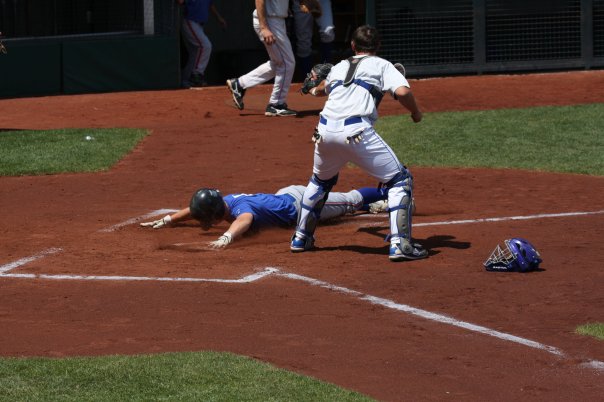 Micah Audiss drove in Jared Priestley with the game-winning run in the bottom of the tenth inning to lift Roseburg Pepsi to a 9-8 victory over Bear River, Utah Saturday night at the class 'A' American Legion baseball Northwest Regional Tournament in Kearns, Utah.

Bear River scored a single run in the first inning and added three more in the second to take a 4-0 lead. Pepsi (24-11) cut the advantage to 4-3, but Cameron Clark made it a 6-3 game with a two-run homer in the fourth.

The Bears seemingly had control of the contest heading into the bottom of the eighth inning leading 8-5, but four errors allowed three Bottlecap runs to score and tie the game at eight before Audiss' single drove home the game winner in the tenth.

Audiss had four hits and three RBI's, while Mike Morin added three hits for Roseburg. On the mound, Tyler Bullock pitched four solid innings in relief to pick up the victory.

Next up, an 11:00AM (PST) elimination game against Powell, Wyoming Sunday at Gates Field.