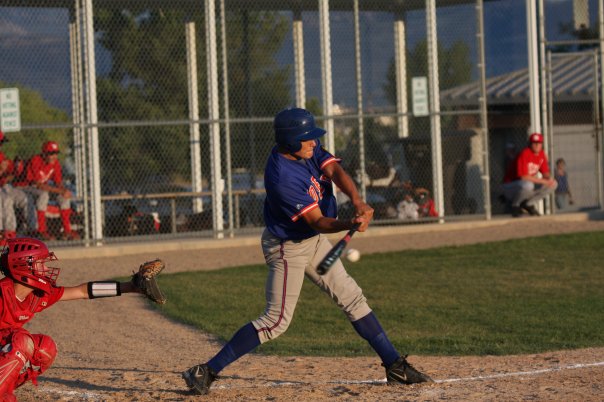 This season's Pepsi Bottlecaps became the first local American Legion baseball team to qualify for the Regional tournament since 2005. Roseburg took home the class 'A' Area 4 North title and then, won the state championship July 28 to earn a trip to the Regionals in Kearns, Utah.

Pepsi finished 18-6 in league play and won the title by three games over second-place Sheldon. The Bottlecaps followed the regular season crown by winning the state trophy with an 8-4 victory over the Salem Senators. Outfielder Micah Audiss was voted the tournament's Most Valuable Player after hitting an impressive .636 over five games.

Roseburg opened regional play on August 7 against Laurel, Montana at Gates Field located just outside of Salt Lake City, Utah. Pepsi jumped out to a 2-0 lead, but the Dodgers would come back for a 6-5 win.

On day two, the Bottlecaps rallied from a 6-1 deficit and beat host Bear River, Utah 9-8 in 10 innings. Jared Priestley scored the winning run on a Micah Audiss ground ball single to left field.

Unfortunately, Roseburg's season would end on day three after suffering a 10-7 loss to Powell, Wyoming. Pepsi completed the year with an overall record of 24 wins and 12 losses.

"What a run," Bottlecaps head coach Richie Charles said. "The kids have to feel proud to win a state championship and go to the regional tournament and show like we did."

Kennewick, Washington went on to win the 2009 Regional title after posting back-to-back wins over Powell, Wyoming and Laurel, Montana during the final day of the tournament.