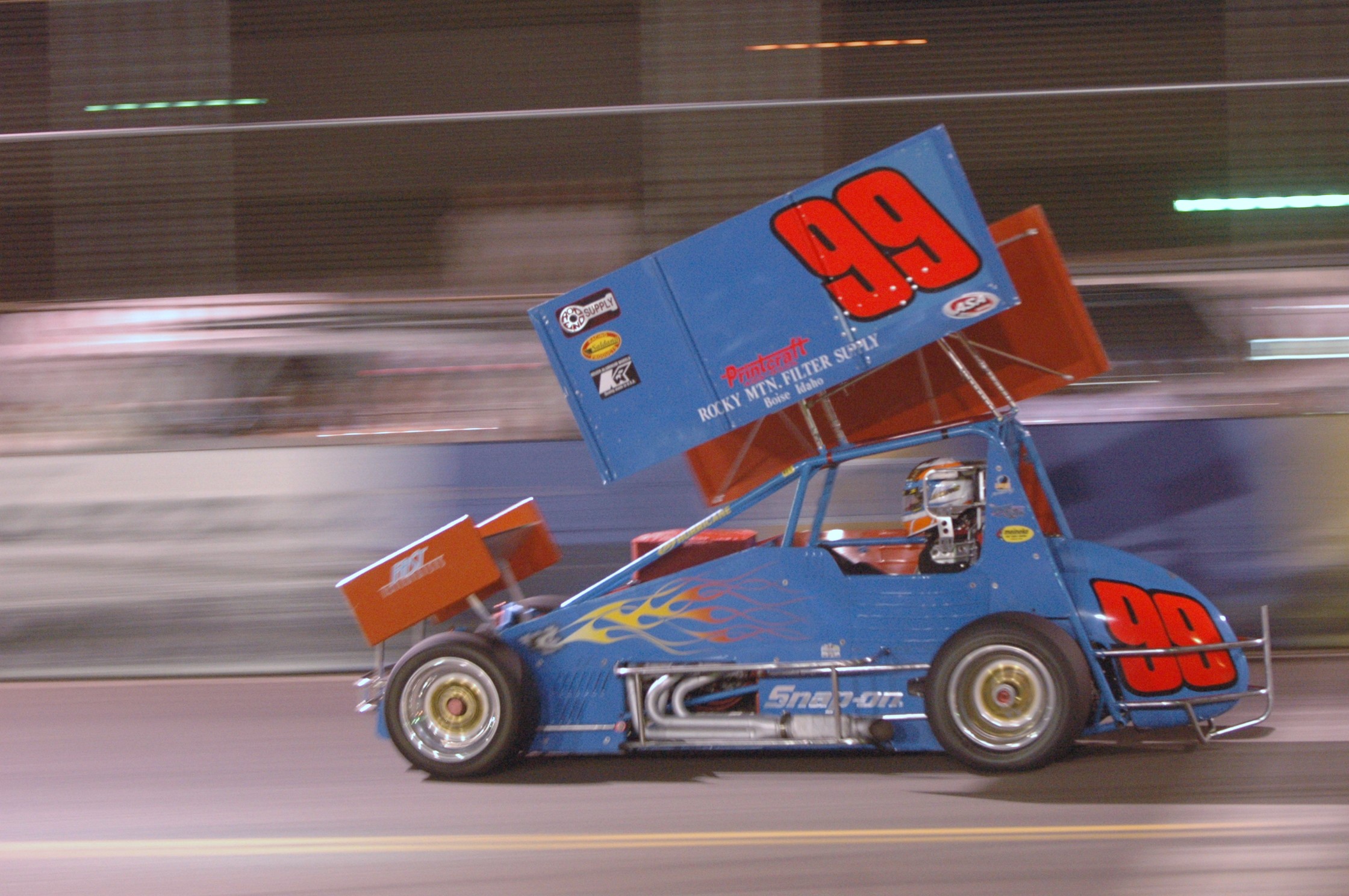 By BZ ZELLER
Cory Lockwood led every lap from green flag to checkered flag to win the annual American Speed Association/Northwest Sprintcar Association Don Hein Memorial Saturday night at the Douglas County Speedway.
The Washington teenager started the 40-Lap feature on the front row along side pole sitter Greg Ochs, Coleville, Wash. Lockwood darted through the first turns and emerged the race leader on the back shoot. The blue sprinter with the bright orange No. 99 didn’t qualify quick, but his setup was perfect in the main.
“We had some trouble with the car earlier today, but my crew did a tremendous job getting the car ready for the race,” Lockwood said. “We also had a lot of help from the No. 76 team. Without their efforts, we couldn’t have won.” 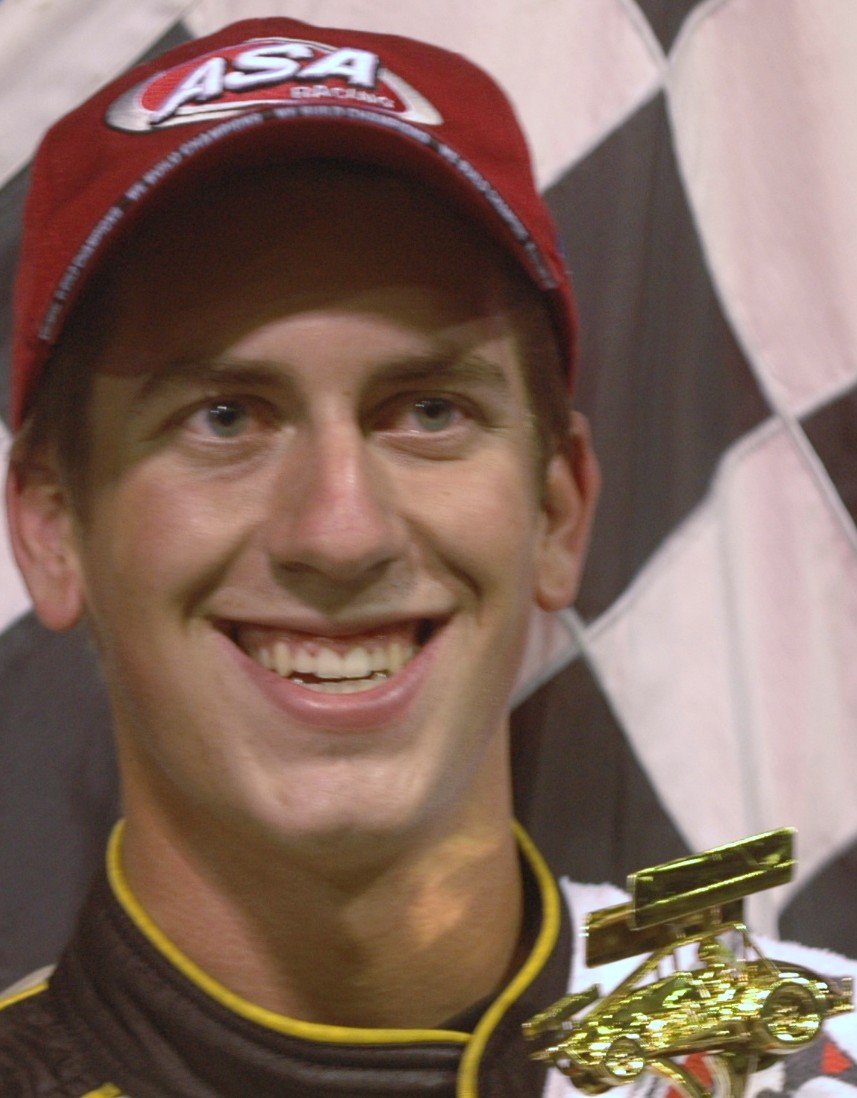 Lockwood’s compliments were directed toward the 76-team of Andy Alberding and crew chief Jim Diemert. Alberding, of Winston, started behind Lockwood in the second row and finished third behind Ochs.
Defending series champion Matt Hein, who is the grandson of the late Don Hein, finished fifth. Matt Hein and his crew chief dad Ron Hein, are leading the tour in points again this season. Hein and his No. 98H repeated as the top qual ifier with fast lap of 12.538 seconds. Last season Hein led all entrants with a best lap of 12.626. Alberding holds the track record with a clip of 12.494.
Of the other local contingents; Ray Douglas, Winchester, finished seventh, Vern Scevers, ninth, and Rick Brown, Springfield, was 10th. Sutherlin’s Jim Brock, who is competing in his first full season on the tour, had mechanical failure during a practice session and was not able to qualify.

Scevers won the B Trophy Dash and Justin Mack won the A Dash. Ochs and Lockwood each won their respective Heats.
Cody Rassmussen won the Hornet Main that included a twist. Drivers had to incorporate a cat-and-mouse strategy as rules stated they were not allowed to lead two consecutive laps. David Beals finished second and Daniel Jobe, Daniel Butterfield and Bob Vancil were third through fifth. 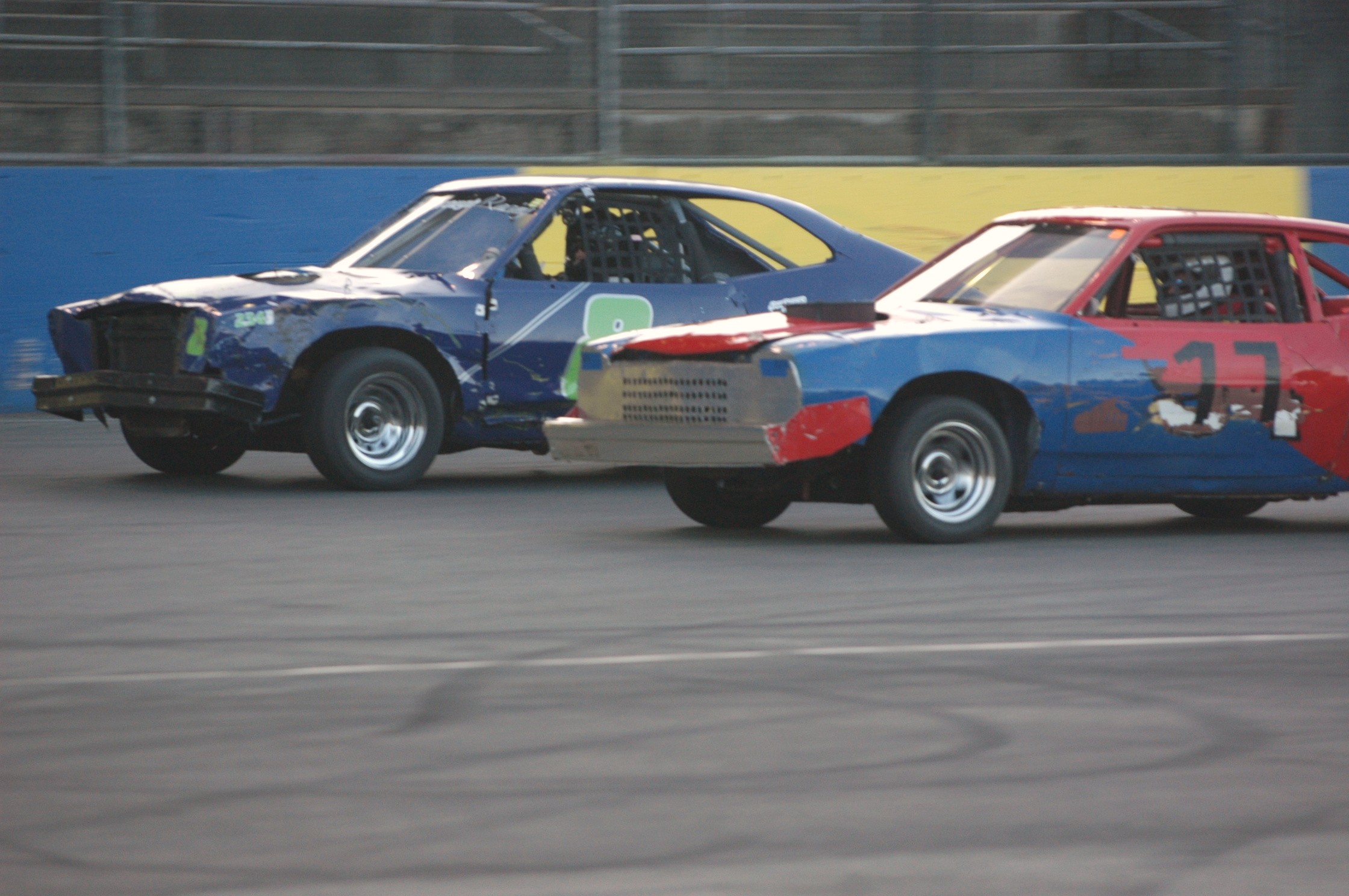