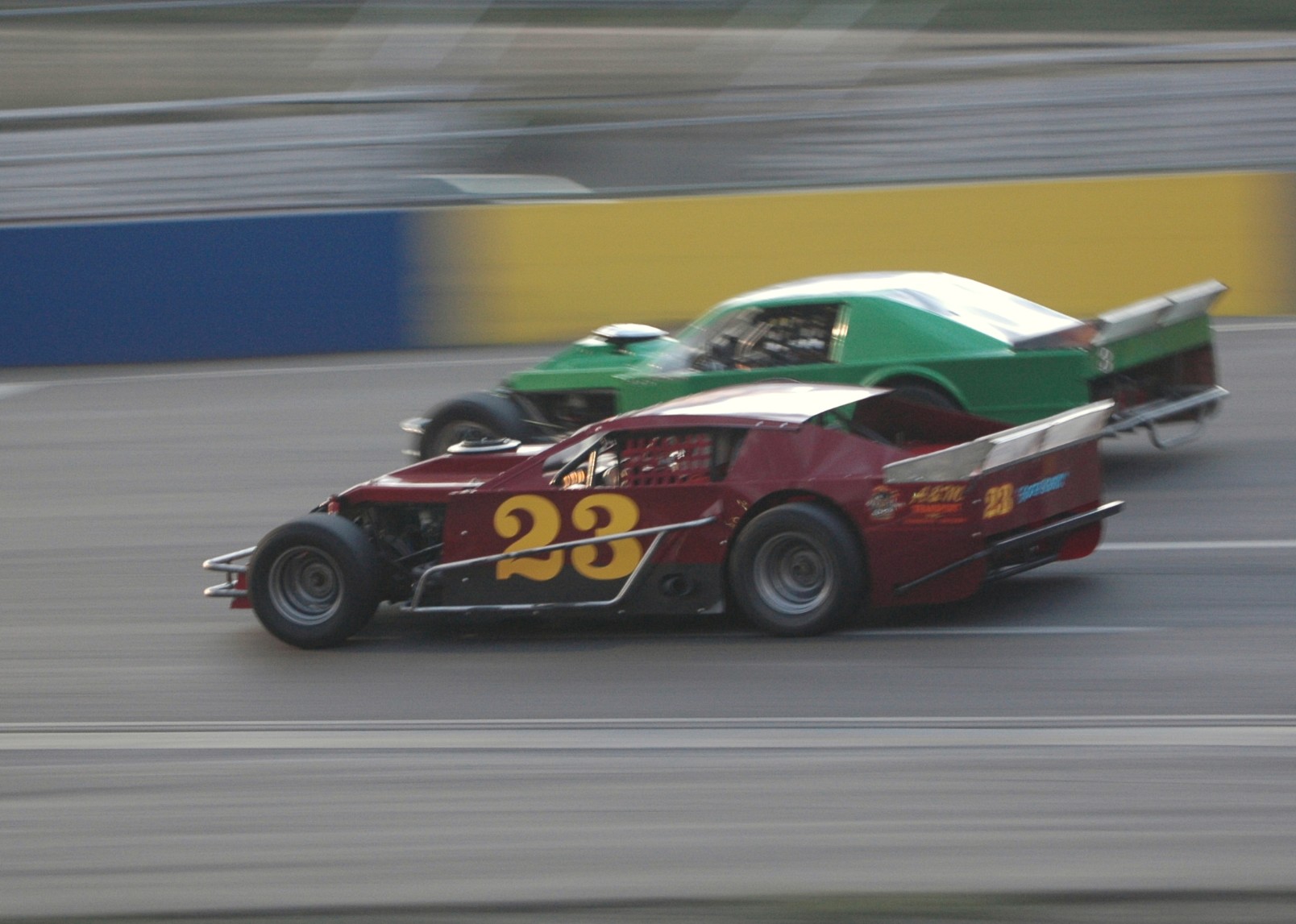 By BZ ZELLER
Tom Ford won his first American Speed Association Modified Main event Saturday night at the Douglas County Speedway.
Kris Nace led the first 22 laps of the 35-lap Main, but Ford (No. 23) bumped the rear of Nace (No. 3) as the two cars went through Turn 3. The impact slowed Nace as he had to gather his line and allowed Ford to pass coming off Turn 4. Rick Anderson (No. 2) finished third. Ford, Anderson and Nace are all from Glendale. Six cars competed in the event.
Roseburg’s Dean Cast, the ASA Modified points leader, suffered a seized engine in his No. 20 during the qualifying session. Jim Simmons, Cottage Grove, relinquished his No. 89 for Cast so that he could maintain his quest for his first Modified championship. Cast finished fourth.       Winston’s Steven Snauder and Medford’s Stuart Campbell did not finish.
Nace won the Trophy Dash and Campbell was the fast qualifier.
Due to the extended length of the Mains, there were no Heat races in any classes. 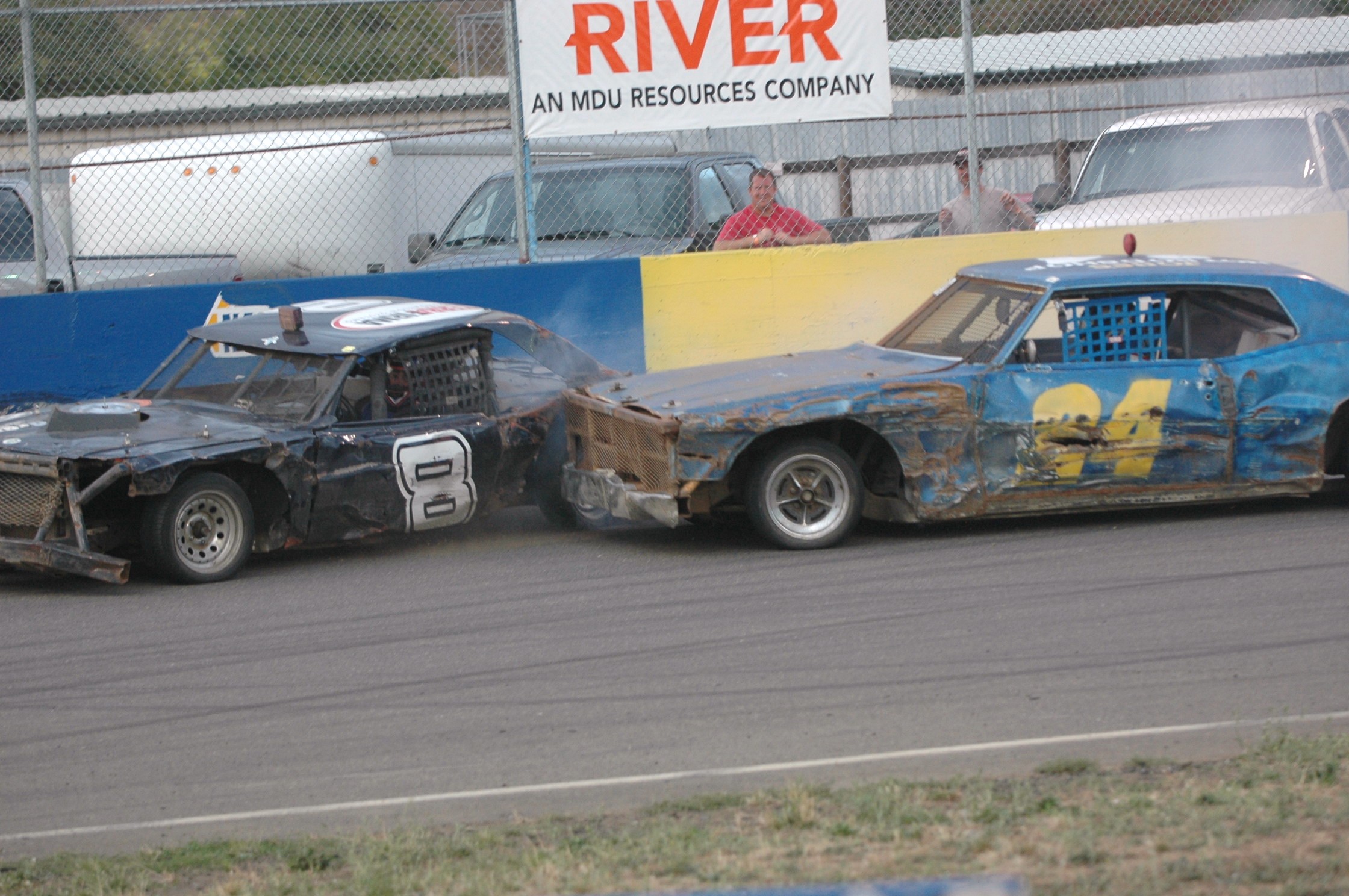 The largest field of the night was the 17-car Mini Stock Main. Dena James led the first several circuits before her brother Steve McMahan took advantage of a restart midway through the 35-Lap Main and passed James. Rob Mueller, who started in the back, was able to make his way to the lead pack and initiate a duel with McMahan. Mueller took the lead on the second to last lap en route to victory.
McMahan finished second, Joe Forsman, Dale Yarbrough and Jason Gotz were third through fifth respectively. Yarbrough won the Dash and Forsman won the time trial.
In the Hornet Main, Cody Rasmussen topped a 16-car field and held off valiant efforts from both Daniel Jobe and his father Dave Jobe to take the checkered flag. Rasmussen made his way to the lead spot less then half way through the race, before Daniel Jobe battled him for the final 15 circuits. Dave Jobe passed his son in the waning laps to finish second.
Daniel Butterfield, who recently won his first Main in 21 years of racing, won his first-ever Dash Saturday night. Daniel Jobe won the time trial.
Benjer Herbert and Amos Rhodes won the 8-car Super Stock/Street Stock combined Main. Herbert won the Supers with Larry Means and Jimmy Smith finishing second and third. Rhodes topped the Streets. Smith won the Super Dash and Nick Cornilsen won the Street Dash. Herbert and Rhodes were top qualifiers in their respective classes. 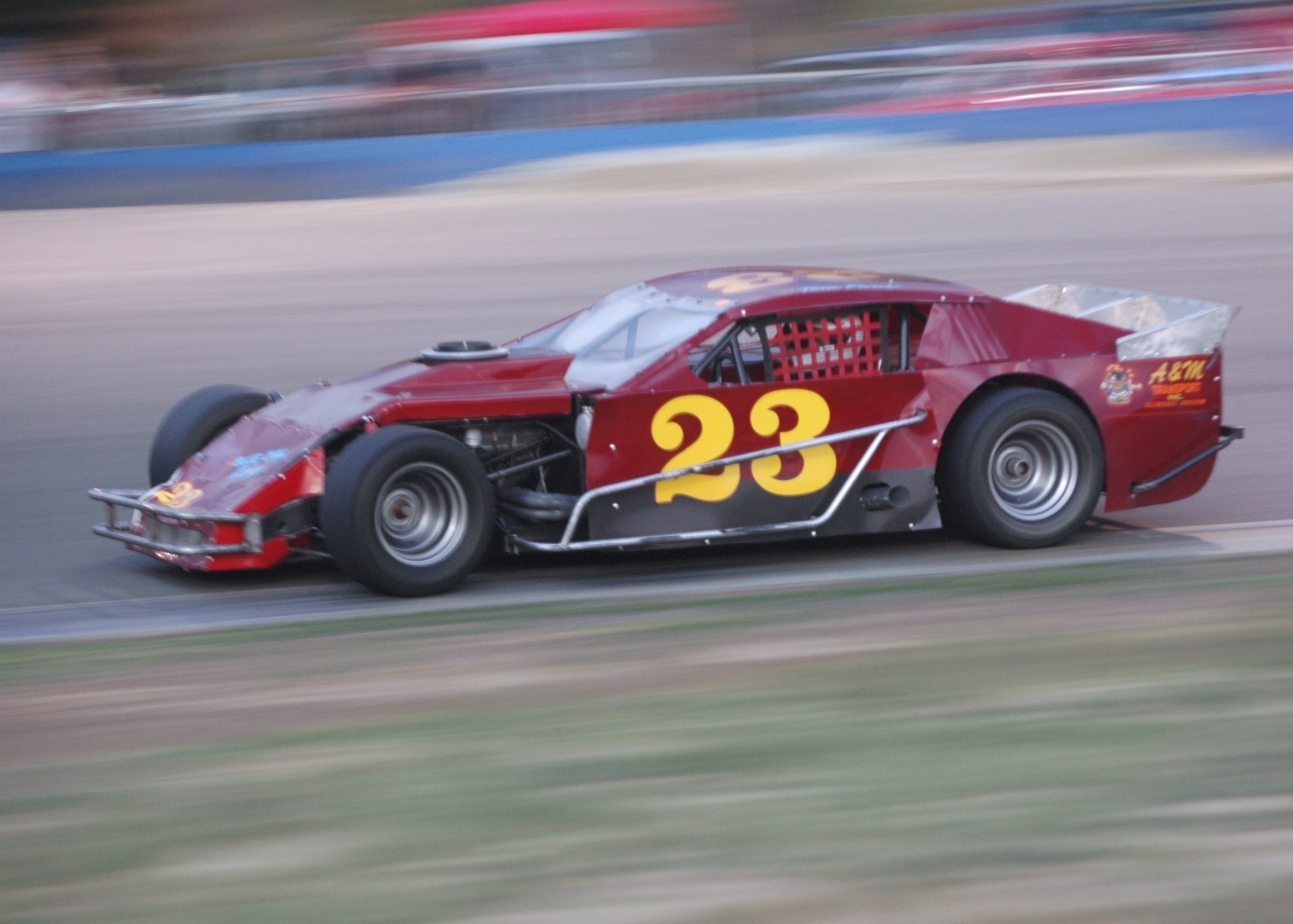